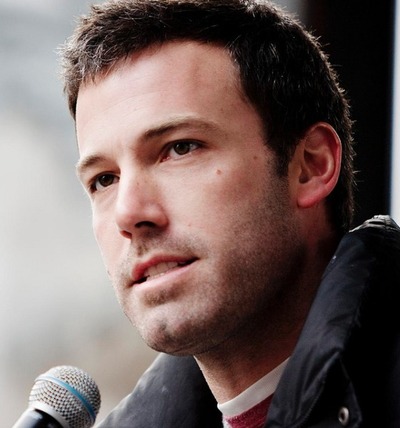 Benjamin Géza Affleck-Boldt (born August 15, 1972), better known as Ben Affleck, is an American actor, film director, screenwriter and producer. He first came to attention for his performances in the Kevin Smith films Mallrats (1995), Chasing Amy (1997), and Dogma (1999). Affleck later gained recognition as a writer when he won the Academy Award and Golden Globe Award for Best Original Screenplay for Good Will Hunting (1997); he co-wrote and co-starred in the film alongside childhood friend Matt Damon. He later achieved international recognition for appearing in films such as Armageddon (1998), Pearl Harbor (2001), Changing Lanes (2002), The Sum of All Fears (2002), Daredevil (2003), Hollywoodland (2006), State of Play (2009), and The Town (2010). In late 2014, he will star in David Fincher's Gone Girl and will portray Batman in Batman v Superman: Dawn of Justice.

Affleck has directed three films. He gained recognition for his directorial debut Gone Baby Gone (2007), winning the National Board of Review Award for Best Directorial Debut. He then directed and starred in The Town (2010) and Argo (2012), which won him the Golden Globe Award, BAFTA, and Directors Guild Award for Best Director, and the Golden Globe Award, BAFTA, the Producers Guild Award, and the Academy Award for Best Picture. He will continue his directorial career when he adapts the novel Live by Night for a 2015 theatrical release.

As film producers, Affleck and Matt Damon founded the production company LivePlanet in 2000, and Pearl Street Films in 2012. Affleck has a younger brother, actor Casey Affleck, whom he has worked with on several films, including Good Will Hunting and Gone Baby Gone. In addition to film work, Affleck is actively involved in politics and charitable causes; he is the founder of the Eastern Congo Initiative. He has been married to Jennifer Garner since June 2005, and they have two daughters and a son. He previously had a three-year relationship with actress Gwyneth Paltrow and became engaged to Jennifer Lopez during a two-year relationship.

Affleck was born in Berkeley, California. His mother, Christine Anne "Chris" Affleck (née Boldt), was a school district employee and teacher. His father, Timothy Byers Affleck, has been a drug counselor, social worker, janitor, auto mechanic, bartender, writer, director, and actor with the Theater Company of Boston. Affleck's mother was a freedom rider in the 1960s; until her retirement, she was a public school teacher in Cambridge, Massachusetts. His younger brother is actor Casey Affleck. Affleck has English, Irish, Scottish, and German ancestry. The surname "Affleck" is Scottish, and his middle name, "Géza", was the name of a family friend. He was raised in a mostly Episcopalian family.

His family moved to Cambridge, Massachusetts, when he was very young, and his parents divorced in 1984. At age eight, Affleck met 10-year-old Matt Damon, who lived two blocks away. Damon is Affleck's tenth cousin, once removed, through a common New England ancestor. The two attended Cambridge Rindge and Latin School together, although they were in different grades. Affleck attended Occidental College in Los Angeles, as well as the University of Vermont, and majored in Middle Eastern affairs .

Affleck worked as a child actor, appearing on the PBS children's series The Voyage of the Mimi, as well as in several movies made for television. In the mid-1980s Affleck appeared regularly as a news correspondent for Kidsworld, reporting on such diverse issues as lactose intolerance and the life of retired circus elephants. In the 1990s, he had roles in Lifestories: Families in Crisis, as a steroid-abusing athlete, as well as in several films, including School Ties (1992), Dazed and Confused (1993), Mallrats (1995), and Chasing Amy (1997). Mallrats and Amy marked the beginning of his collaboration with writer/director Kevin Smith. He had the starring role in Smith's Jersey Girl and has appeared in every View Askewniverse-Jersey film Smith has made to date, with the exception of Clerks. Affleck also starred on several Saturday Night Live episodes early in his career. He made his directorial debut in 1993 with a 16-minute comedy called I Killed My Lesbian Wife, Hung Her on a Meat Hook, and Now I Have a Three-Picture Deal at Disney.

Affleck came to national attention working with Damon in Good Will Hunting in 1997, for which they shared writing credit and received the Oscar for Best Original Screenplay. They also starred in the film. Good Will Hunting's success transformed Affleck from a virtual unknown into a celebrity.

Affleck is married to actress Jennifer Garner. They began dating in mid-2004, after co-starring in Pearl Harbour and Daredevil together. They became engaged in April 2005 and were married on June 29, 2005 in a low-key Turks and Caicos ceremony. Victor Garber, who officiated the ceremony, was the only guest. The couple have three children: daughters Violet Anne (b. December 2005) and Seraphina Rose Elizabeth (b. January 2009), and son Samuel Garner (b. February 2012). They have year-round homes in Los Angeles and Massachusetts, and an apartment in New York. The family own an 83-acre estate on the secluded Hampton Island near Savannah, Georgia. Affleck purchased the Greek Revival vacation home in 2003 for $7 million.

Affleck previously had high-profile relationships with actress Gwyneth Paltrow and actress/singer Jennifer Lopez. He met Paltrow at the premiere of Good Will Hunting in 1997. They dated from November 1997 to January 1999. During their breakup, Paltrow persuaded Affleck to co-star with her in Bounce. In November 1999, after Bounce wrapped, they became a couple again but separated for good in October 2000. Their split was amicable. Paltrow later said that Affleck "makes life tough for himself. He's got a lot of complication, and you know, he really is a great guy." Affleck responded: "She's probably right about that. I trust her opinion about most things. Not all, but most. I think I probably do get in my own way."

In late 2001 Affleck began dating Lopez, whom he had met while filming Gigli. They became engaged in November 2002, and the relationship between the two received much attention from the entertainment media, who dubbed the couple "Bennifer". Their planned wedding on September 14, 2003 in Santa Barbara, California was postponed with four days notice because of press leaks and the resulting "excessive media attention". In December 2003, Affleck said that they were trying to be more low-profile. The couple broke up in January 2004. The couple remain on good terms. Affleck has said that, while he has made plenty of mistakes in life, "I just don't view that as one of them." "The temptation is to say that I wouldn't have done any of the press we did for Gigli, but you're paid really well to do these movies, and the expectation is that you're going to support them." In 2013, Affleck said he and Lopez occasionally "touch base" via email: "I respect her. I like her." 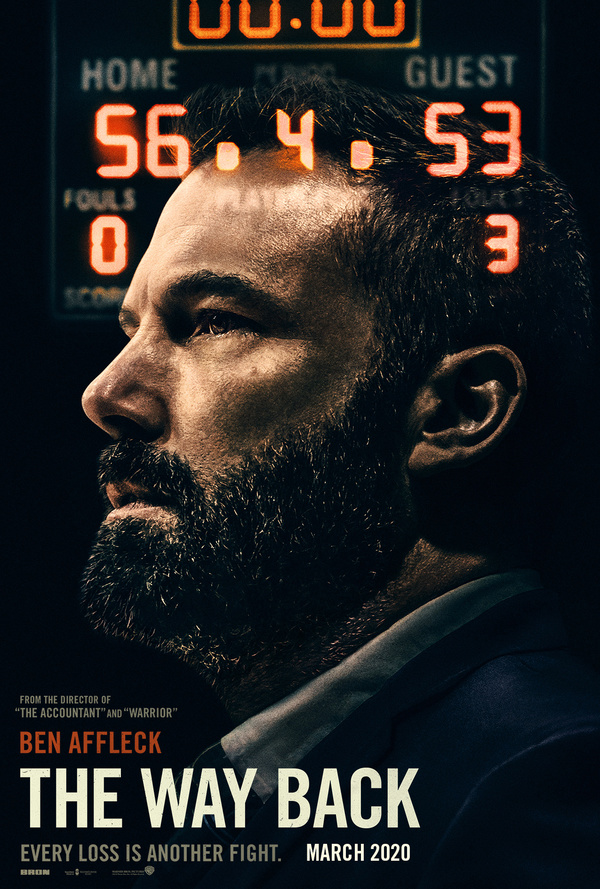 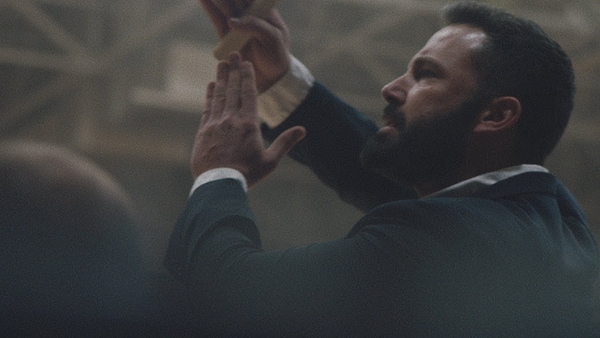 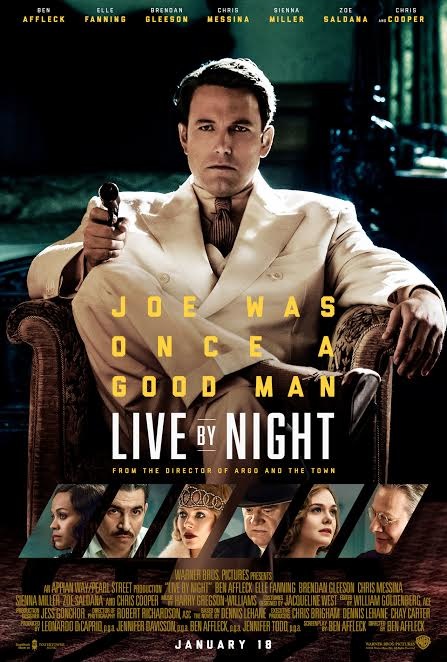 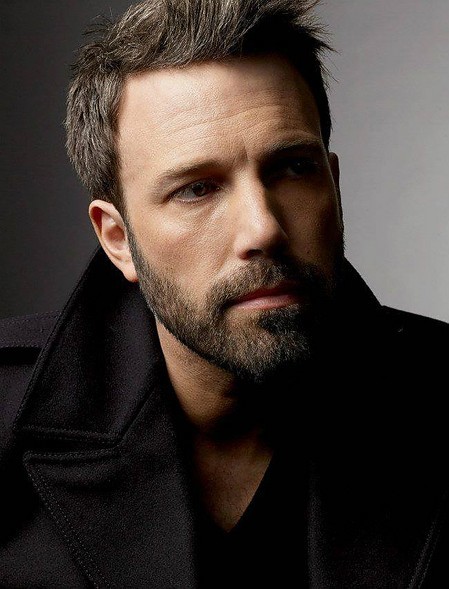 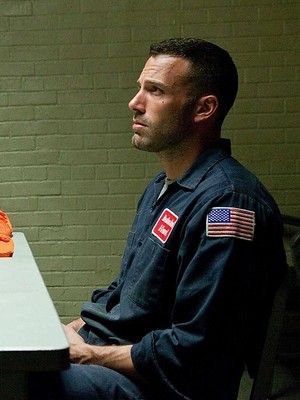 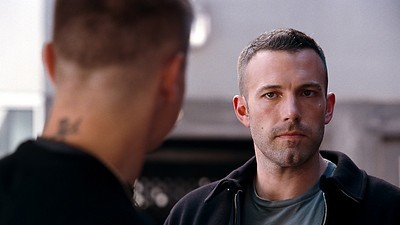 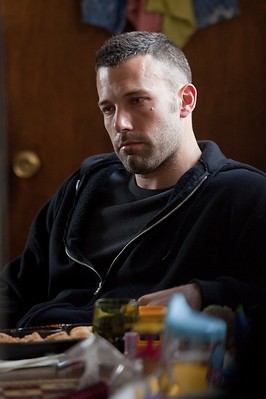