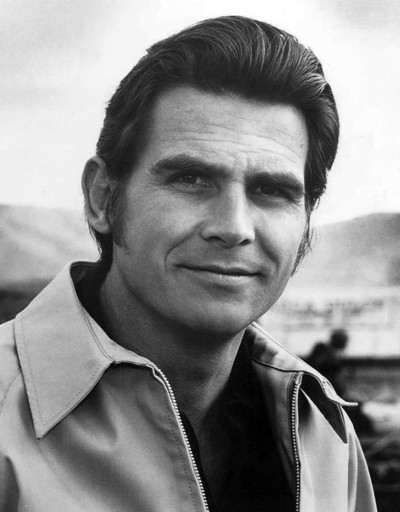 James Brolin (born July 18, 1940) is an American actor, producer and director, best known for his roles in film and television, including sitcoms and soap operas. He is the father of actor Josh Brolin and husband of singer/actress Barbra Streisand.

Brolin was born Craig Kenneth Bruderlin in Los Angeles, California. The eldest of two brothers and two sisters, he was the son of Helen Sue (née Mansur), a housewife, and Henry Hurst Bruderlin, a building contractor. The family settled in Westwood after his birth. As a young child, he was apparently more interested in animals and airplanes than in acting. When Brolin was 10 in 1950, he began building and flying model airplanes. As a teenaged filmgoer in the mid-1950s he was particularly fascinated with actor James Dean. When his parents invited a director over to his family's house for dinner before auditioning, he met another fellow actor and classmate, Ryan O'Neal, who was about a year younger than Brolin. The two clicked and later enrolled in University High School located in West Los Angeles. However, Bruderlin's own acting exposed his stifling shyness. His assurance grew when O'Neal invited him to a casting agency. Brolin graduated from high school in 1958, and his family was already encouraging him to become an actor like O'Neal.

Prior to taking acting classes in school, Brolin started out as a character actor on an episode of Bus Stop in 1961. The part led to parts in other television productions such as Voyage to the Bottom of the Sea, Margie, Love, American Style, Twelve O'Clock High and The Long, Hot Summer. He made 3 guest appearances on the popular 1960s series Batman, alongside Adam West and Burt Ward, as well as roles in The Virginian, and Owen Marshall: Counselor at Law alongside Arthur Hill and Lee Majors. He also had a recurring role on the short-lived television series The Monroes.

At the age of 20 he changed his last name from "Bruderlin" to "Brolin" to become James Brolin. He accepted a contract with 20th Century Fox. While in school struggling to make it big, he met actor Clint Eastwood. Brolin also had small roles in several films including Take Her, She's Mine (1963), Dear Brigitte (1965), Von Ryan's Express (1965), Fantastic Voyage (1966). The following year, his first big role was in The Cape Town Affair (1967), but it did not receive any success at the box office. Brolin was ultimately fired by 20th Century Fox.

Brolin has been married three times and has three children.

In 1966, Brolin married Jane Cameron Agee, an aspiring actress at Twentieth Century Fox, 12 days after they first met. The couple had two children, Josh (b. 1968), and Jess (b. 1972). They were divorced in 1984, after 18 years of marriage. Jane died in a car accident on February 13, 1995, one day after son Josh's 27th birthday. Josh said on the October 14, 2008, episode of the Late Show with David Letterman that his parents met on the TV series Batman, where his mother was a casting executive.

In 1985, Brolin met actress Jan Smithers on the set of Hotel, and they married in 1986. The couple had a daughter, Molly Elizabeth (1987). Jan Smithers filed for divorce from Brolin in 1995.

In 1996, Brolin met singer, actress, and director Barbra Streisand through a friend, and the two were married on July 1, 1998. He and Streisand reside in Malibu, California.