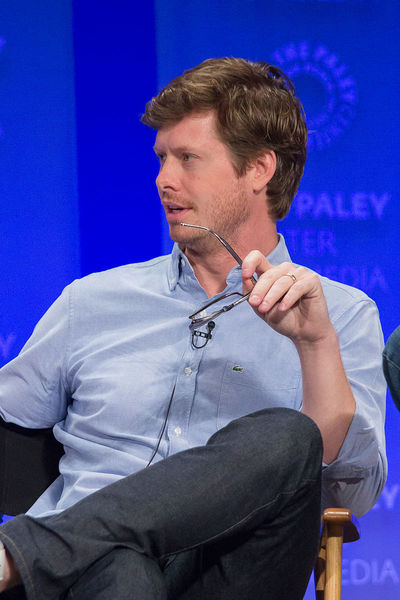 Anders Holm (born May 29, 1981) is an American actor, comedian and writer. He is one of the stars and creators of the Comedy Central show Workaholics.

Originally from Evanston, Illinois, Holm graduated from the University of Wisconsin-Madison, where he was also a member of the swim team and the Second City Conservatory in Los Angeles.

Holm married his college sweetheart, Emma Nesper, in September 2011. Their first son was born on December 19, 2013.

Holm, along with fellow Workaholics creators Blake Anderson, Adam DeVine and Kyle Newacheck, formed the sketch comedy group, Mail Order Comedy. Holm played a hip pastor that became Dr. Mindy Lahiri's fiance in The Mindy Project. He also made a guest appearance in the fourth season of Modern Family in the episode "Flip Flop". Holm made a guest appearance with fellow Workaholics actors Anderson, DeVine and Erik Griffin on the first episode of the fourth season of Arrested Development. He has also served as production and head writer's assistant for Real Time with Bill Maher before his stint on Workaholics. In 2014, Holm starred in the Chris Rock directed comedy film Top Five.