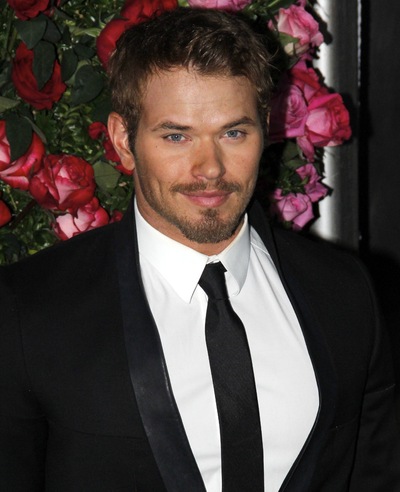 Kellan Christopher Lutz (born March 15, 1985) is an American fashion model and actor for television and films. He is best known for playing Emmett Cullen in the Twilight Saga film series.

Lutz was born on March 15, 1985 in Dickinson, North Dakota, the son of Karla and Bradley Lutz. He has one sister and six brothers. He grew up in North Dakota, the Midwest, and Arizona, and graduated from Horizon High School in Scottsdale before deciding to pursue an acting career.

He has acted on a number of television shows. He had recurring roles on Model Citizens and The Comeback, and smaller roles in episodes of The Bold and the Beautiful, CSI: NY, Summerland, Six Feet Under, CSI: Crime Scene Investigation, and Heroes. He was also in the films Stick It, Accepted, and Prom Night.

Lutz previously dated 90210 co-star AnnaLynne McCord on and off, before beginning a relationship with Australian actress Sharni Vinson in mid-2011. The couple split in May of 2013 after almost 2 years of dating.