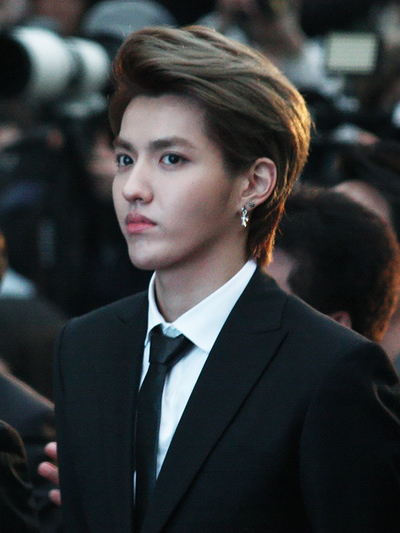 Kris Wu was born Li Jiaheng; his legal Chinese name was later changed to Wu Yifan. He was born and raised in Guangzhou, Guangdong.

At the age of 16, Wu auditioned for S.M. Entertainment's Canadian Global Auditions, which were held in Vancouver on October 14, 2007. After passing the auditions, he moved to South Korea in January 2008 and became a trainee for the company.

Kris was introduced as the eleventh member of EXO on February 17, 2012. The group made their debut in April that year and quickly became one of the most popular K-pop groups in South Korea and internationally, achieving commercial success with their studio album XOXO and their hit song "Growl" in 2013. The album became the first album by a Korea-based artist in twelve years to sell over one million copies, and is the 12th best selling album of all time in Korea. Kris featured on Exo's Overdose album, which was released in May 2014 and became the best selling album of 2014 in South Korea, before leaving the group.

In July 2014, Wu released "Time Boils the Rain" as part of the soundtrack for the Chinese box office hit Tiny Times 3. That year, he became the youngest celebrity to have a wax figure at Madame Tussauds Shanghai and was named "Newcomer of the Year" by Esquire China.

Wu made his film debut in Somewhere Only We Know, directed by Xu Jinglei. The film was released on February 14, 2015 and debuted at No.1 on the Chinese box office, grossing US$37.81 million in six days following its release. He won the "Best Newcomer Award" at the 3rd China International Film Festival London for his performance.

He then starred in his second film Mr. Six, which closed at the Venice Film Festival. The film was a box office hit, grossing over US$137 million and becoming one of the highest-grossing films in China.

Wu made his runway debut at Burberry's Fall 2016 Men's Show in London. He also took part in the 2016 NBA All-Star Game as a member of Team Canada, coached by Drake.

The same year, Wu starred alongside Liu Yifei in Never Gone and romance melodrama Sweet Sixteen. He won the "Newcomer with the Most Media Attention" award at the Shanghai International Film Festival and "Best Actor" at the Gold Crane Award for his performance. Wu also starred in the blockbuster fantasy film L.O.R.D: Legend of Ravaging Dynasties, directed and written by Guo Jingming.

In February 2017, Wu represented China at the 59th Annual Grammy Awards ceremony in Los Angeles. The same month, Wu accepted his second invitation to play in the 2017 NBA All-Star Game in New Orleans. Forbes listed Wu their 30 Under 30 Asia 2017 list which comprises 30 influential people under 30 years old who have made substantial effect in their fields.

Wu will be appearing in Luc Besson's Valerian and the City of a Thousand Planets, as well as Hong Kong-made action thriller Europe Raiders alongside Tony Leung.