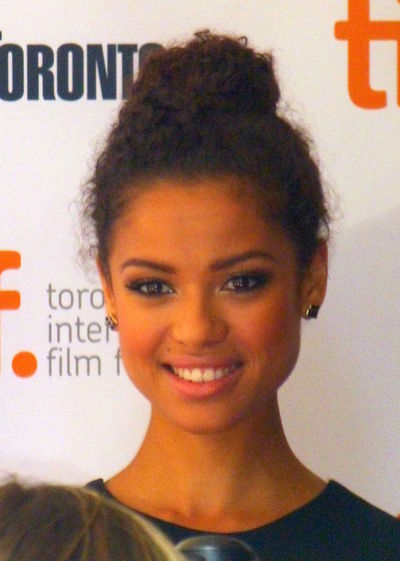 Working in British television and stage productions, she first gained prominence in a recurring role in Doctor Who, playing companion Martha Jones's sister, Tish Jones. She garnered attention in American productions, beginning with a supporting role in the Tom Hanks comedy Larry Crowne, and starring roles in the short-lived television series Undercovers and Touch. She earned critical acclaim for her performances in the period drama Belle and the romantic drama Beyond the Lights, receiving numerous accolade nominations from critics worldwide.

Mbatha-Raw was born in Oxford, England, in 1983 and grew up in the town of Witney in Oxfordshire. Her surnames are those of her father and mother, and her forename is the shortened version of "Gugulethu", a contraction of igugu lethu that means ‘Our Treasure’ in Zulu.

Her mother, Anne Raw, is an English nurse, and her father, Patrick Mbatha, is a doctor originally from South Africa. Mbatha-Raw attended the Henry Box School and was involved with the National Youth Theatre, having been interested in acting, dance, and musical theatre from a young age. She moved to London to train at the Royal Academy of Dramatic Art in 2001.

Mbatha-Raw played minor roles on television series such as Bad Girls (2006), Doctor Who (2007) and Marple (2007). One of her earliest breakthroughs in drama was in Romeo and Juliet at the Royal Exchange Theatre, Manchester in 2005 playing Juliet opposite Andrew Garfield as Romeo. Mbatha-Raw was nominated for best actress in the Manchester Evening News Theatre Awards for her portrayal of Juliet and also played Cleopatra in Antony and Cleopatra at the same theatre in 2005.

In 2009, Mbatha-Raw was cast as Ophelia in Hamlet opposite Jude Law in the titular role.

In September 2010, she was cast in J. J. Abrams' television series Undercovers, after he spotted her in Hamlet. The series was cancelled two months later.

In June 2011, Mbatha-Raw was cast as the female lead in the Fox pilot Touch opposite Kiefer Sutherland. She had a supporting role in the romantic comedy film Larry Crowne (2011), written and directed by Tom Hanks, who starred in the title role.

The film debuted at the 2013 Toronto International Film Festival where it was acquired by Fox Searchlight. It was eventually given a release in 2014. Mbatha-Raw was nominated for numerous awards for her work on the film including two British Independent Film Awards Best Performance by an Actress in a British Independent Film which she won and Most Promising Newcomer. She was also nominated for a Satellite Award for Best Actress.

In 2014, Mbatha-Raw was recognized by Elle Magazine during the Women in Hollywood Awards, honoring women for their outstanding achievements in film, spanning all aspects of the motion picture industry, including acting, directing, and producing.

In recognition of her body of work, she was nominated for a BAFTA Rising Star Award in 2015. That year, she had a supporting role in the epic space opera Jupiter Ascending.

Mbatha-Raw was in a relationship with actor Harry Lloyd until they broke up in 2012.