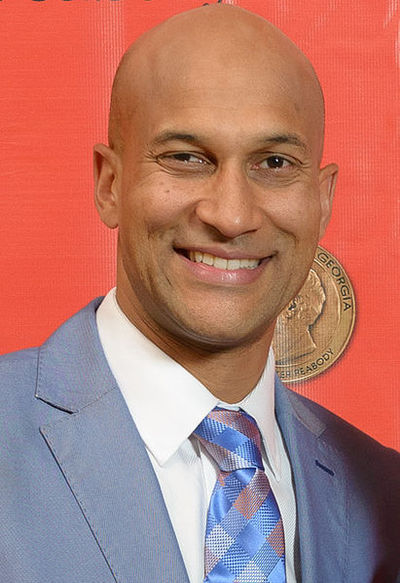 Keegan-Michael Key (born March 22, 1971) is an American actor, writer, and comedian. He is best known for starring in the Comedy Central sketch series Key & Peele, his six seasons as a cast member on MADtv and for co-starring in the USA Network comedy series Playing House. In 2014, he also starred in the first season of the FX series Fargo and the final season of the NBC series Parks and Recreation. He has also had supporting roles in several films, including Let's Be Cops and Pitch Perfect 2. In 2015, Key appeared at the White House Correspondents' Dinner as Luther, President Obama's "anger translator".

Key joined the cast of MADtv midway into the ninth season. He and Jordan Peele were cast against each other so that FOX could pick one black cast member, but both ended up being picked after demonstrating great comedic chemistry.

Key played many characters on the show. One of his most famous characters is "Coach Hines", a high school sports coach who frequently disrupts and threatens students and faculty members. On the penultimate episode of MADtv, Hines revealed that he is the long-lost heir to the Heinz Ketchup company and only became a Catholic school coach to help delinquent teenagers like Yamanashi (Bobby Lee). During seasons 9 and 10, Key appeared as "Dr. Funkenstein" in blaxploitation parodies, with Jordan Peele playing the monster.

Key and his former MADtv castmate Jordan Peele star in their own Comedy Central sketch series Key & Peele, which began airing on January 31, 2012, and has run for four seasons. Key and his comedy partner Jordan Peele starred in an episode of Epic Rap Battles of History, with Key playing Mahatma Gandhi and Peele playing Martin Luther King Jr. The pair then returned to Epic Rap Battles of History for the second time in the "Muhammad Ali versus Michael Jordan" battle, with Key portraying Jordan.