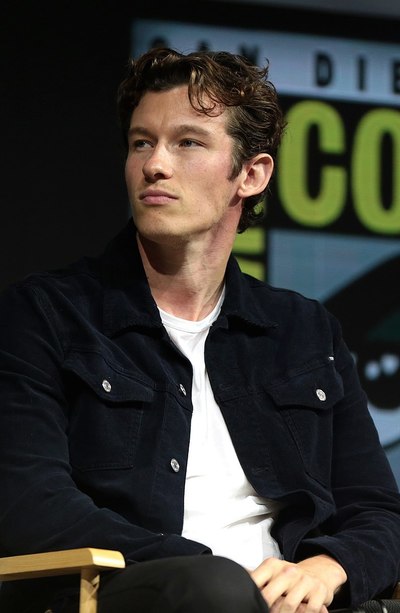 Callum Robilliard Turner (born 15 February 1990) is an English actor and model, who is known for his roles as Bill Rohan in Queen and Country and as Eli in E4 series Glue.

Turner was born on 15 February 1990 and grew up in Chelsea, London. His middle name is after poet David Robilliard, who was a friend of his mother. He is a supporter of Chelsea Football Club. In an interview at the 2014 Cannes Film Festival, Turner revealed that his mother inspired him into becoming an actor and that she generated a love of film inside of him. He stated that having grown up on an estate, he distanced himself from the wrong crowds and was inspired to change after being affected by Shane Meadows' A Room for Romeo Brass.

Turner started his career in 2010, modelling for companies such as Next plc and Reebok, and in his first acting role for the short student film Think of England for the University of Hertfordshire Film and Television programme.

He starred as Tony in Zero, a 2011 film directed by David Barrouk and produced by Michael Riley. He then starred alongside Waterloo Road star Ben-Ryan Davies in 2012 Short film Human Beings, Directed by Jonathan Entwistle.

In 2012, he appears in the French group The Shoes's video clip Time to Dance, with Jake Gyllenhaal.

Later in 2012, Turner was cast in ITV series Leaving, alongside actress Helen McCrory. "Leaving will focus on the relationship between disillusioned 25-year-old Aaron (Turner) and unhappy 45-year-old wife and mother Julie (McCrory). When the pair begin working together at a Cheshire country house hotel, they share an intimate moment which takes them both by surprise and must face the consequences of their actions." – ITV. Turners performance was met with mostly positive reviews.

In December 2012, Turner starred opposite actors Andrew Scott and Martin Clunes in another ITV Drama, The Town. Portraying Ashley, a troubled teen and reckless boy racer, who is much more complicated than he first appears.

In early 2013, Turner made a guest appearance in Showtime's historical-fiction drama television series, The Borgias as Calvino. He also starred in short film Alleycats as Eze, Directed by Ian Bonhôte. He also had a small role as Phillip in the second series of BBC One's Ripper Street.

In June 2012, Turner was cast for the lead role of a John Boorman film Queen and Country. Turner stated that Boorman revealed secrets and very personal events from his life, in order for Turner to portray him as best as he could.

In April 2014, it was announced Turner had joined the cast of E4's whodunit series Glue. Turner plays Eli, a gypsy traveller, whose younger brother Cal (Knight) is murdered.

He starred as Danny in the film Tramps, which premiered at the 2016 Toronto International Film Festival.