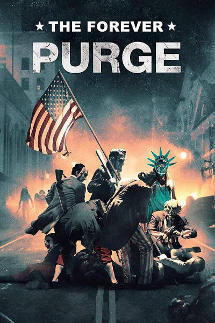 Action, Horror, Sci-fi
Be the first to rate this

Directed by Everardo Valerio Gout, it is the fifth film in the Purge franchise and a sequel to The Purge: Election Year. It follows a group of people who attempt to escape the United States after an insurrectionist movement continues committing crimes and murders nationwide after the Purge’s ending. It stars Ana de la Reguera, Tenoch Huerta, Josh Lucas, Cassidy Freeman, and more.