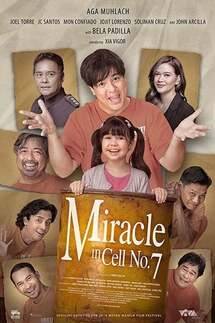 A remake of the Korean film of the same name, Miracle in Cell #7 centers on a mentally-impaired man who is wrongfully accused and imprisoned for murder. He then befriends with the criminals in his cell, who eventually help him see his daughter again by smuggling her in.