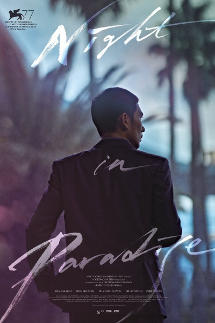 After his sister and nephew are murdered because he tried to leave his gang, Tae-goo flees to Jeju Island where he meets Jae-yeon, a terminally ill woman.

[About:]
Night in Paradise is a 2020 South Korean drama film written and directed by Park Hoon-jung, starring Uhm Tae-goo, Jeon Yeo-been and Cha Seung-won. It had its world premiere on September 3, 2020 at the 77th Venice International Film Festival and is scheduled to be released through Netflix on April 9, 2021.