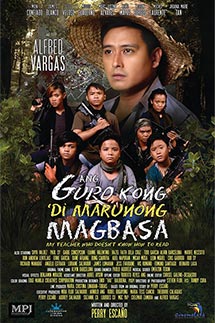 Set in a barrio in southwestern Mindanao, the film tells about a young farmer who became the educator in their community even though he is illiterate. One day, he heads to the city and fails to return. His students then decide to join a rebel organization and learn to become skilled warriors.