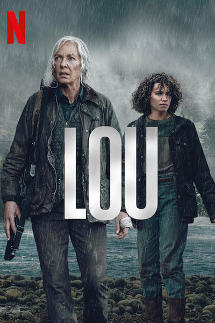 Action, Crime, Drama
Be the first to rate this

Thinking she’d put her dangerous past behind her, Lou (Allison Janney) finds her quiet life interrupted when a desperate mother (Jurnee Smollett) begs her to save her kidnapped daughter. As a massive storm rages, the two women risk their lives on a rescue mission that will test their limits and expose dark and shocking secrets from their pasts. Academy Award winner Allison Janney and Emmy Award nominee Jurnee Smollett star in Lou, alongside Logan Marshall-Green and Ridley Asha Bateman. The film is directed by Anna Foerster from a screenplay by Maggie Cohn and Jack Stanley, with Bad Robot’s JJ Abrams, Hannah Minghella, and Jon Cohen producing.