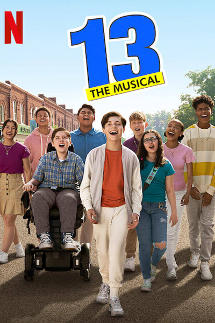 Comedy, Drama, Family
Be the first to rate this

Following his parents’ divorce, 12-year-old Evan Goldman (Eli Golden) uproots from New York City with his mother Jessica (Debra Messing). With his Bar Mitzvah fast approaching, Evan is devastated that he must leave all his friends, his father (Peter Hermann) and his rabbi (Josh Peck) behind. But upon arriving at his grandmother’s (Rhea Perlman) house in small-town Walkerton, Indiana, he hatches a plan to win new friends by turning his Bar Mitzvah into the coolest party ever. As an outsider navigating the complicated social circles of his new school, Evan quickly finds out he’s not the only one grappling with the all too familiar anxieties of eighth grade. While his new friends Patrice (Gabriella Uhl) and Archie (Jonathan Lengel) fret over the fate of the planet and unrequited love, respectively, popular cheerleader Lucy (Frankie McNellis) desperately plots to stave off a first kiss between her crush Brett (JD McCrary) and best friend Kendra (Lindsey Blackwell). To make matters worse, Evan invites the popular kids to his party—who aren't fans of Patrice. With these competing interests in play, Evan faces the impossible task of bringing everyone happily together in time for his party, or else risk social ruin. Suddenly, turning 13 isn’t looking as good as it’s cracked up to be. Directed by Tamra Davis, and based on the hugely popular musical 13, which debuted on Broadway in 2008, 13: THE MUSICAL is a coming-of-age journey through the unforgettable ups and downs of preteen life. [Source: Netflix]