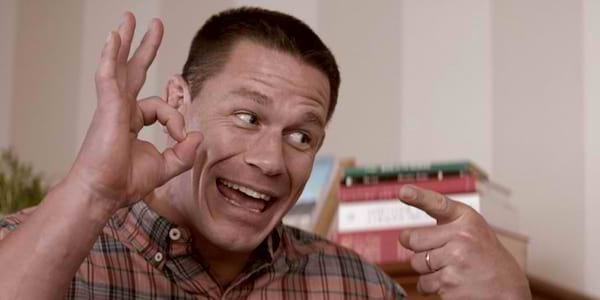 In the film, when three parents (Cena, Leslie Mann and Ike Barinholtz) discover their daughters’ pact to lose their virginity at prom, they launch a covert one-night operation to stop the teens from sealing the deal.  As nonstop helicoptering struggles with awkwardly letting go, the well-meaning trio shares in the raucous comedy that accompanies their kids’ biggest step into adulthood.

“I was watching the ESPYS and John Cena was hosting,” recalls director Kay Cannon.  “He has this natural comedic persona, and I knew he should be Mitchell.” 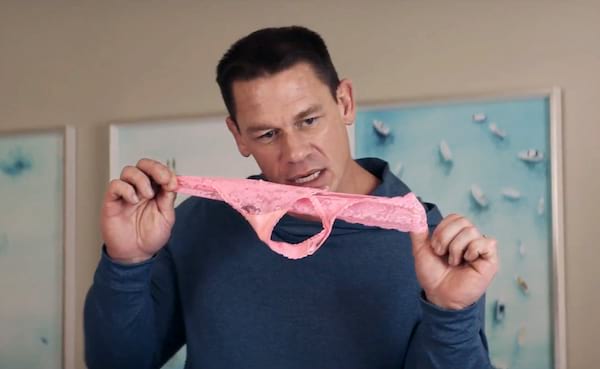 Cena was eager to take on a larger comedic role.  “I’m still new to all this, so I have tremendous faith in Kay and the cast,” the actor says.  “Leslie’s ability to be vulnerable and stir up so much emotion is incredible, and Ike is a non-stop joke machine.”

Though not a parent himself, Cena had no problem delving into dad mode.  He shares: “I was drawn to this character because I see Mitchell as more of a coach, and I’ve had so many amazing coaches in my life.  I feel like Mitchell has a playbook on dad-isms, ‘This is when I give my daughter the pep talk, then…touchdown!’” 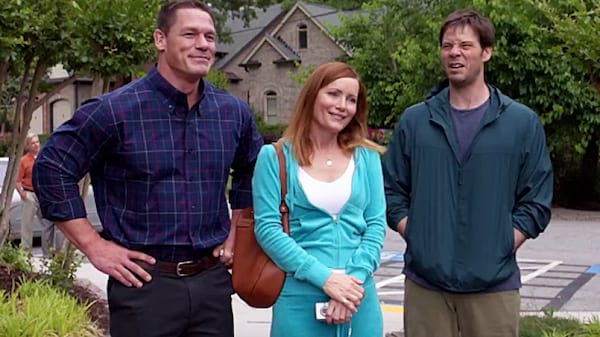 Cannon appreciated that Cena was game for anything.  “He’d call me Coach on set.  Anything I asked him to do, he would say, ‘You got it, Coach,’” she says.

In addition to the movie’s many funny moments, Cena appreciated the comedy’s emotional pull.  “All the gags and the physical humor are tied to pivotal moments in the story and move the characters forward,” he explains.  “The kids go on a journey, and so do the adults.  My character needs to go on this hilarious ride as testament to his commitment to his daughter and so he can learn to be a better father.”

The stunts were also fun for Cena to shoot.  While on a mad dash for his daughter, some of the teens charge him in the hotel.  “I literally Hulk out on all these guys, and they go flying.  Throwing human bodies around is a specialty of mine,” he says with a smile.

Cena voices the titular role of Ferdinand the Bull in Ferdinand, the Oscar®-nominated film based on the iconic children’s book.  He will next be seen as the antagonist Agent Burns in the Transformers spinoff Bumblebee.

Comedic actress Leslie Mann (How to Be Single, Knocked Up) plays Lisa, a mom who is trying to be cool while still parental and the emotional core of Universal Pictures' new comedy Blockers (in Philippine cinemas May 02.)

Kay Cannon, the writer and architect of the groundbreaking Pitch Perfect movies has proved that comedies about strong, dynamic women could pull huge audiences of female fans at the box office.

For decades, beginning with the groundbreaking Porky’s and extending to modern classics from Superbad to American Pie, guys have watched on-screen versions of guys like them boldly and bawdily celebrate the first time they have sex.

When three parents discover their daughters’ pact to lose their virginity at prom, they launch a covert one-night operation to stop the teens from sealing the deal.

Check out the trailers here at ClickTheCity and watch "Blockers" in Philippine cinemas this May 2018.