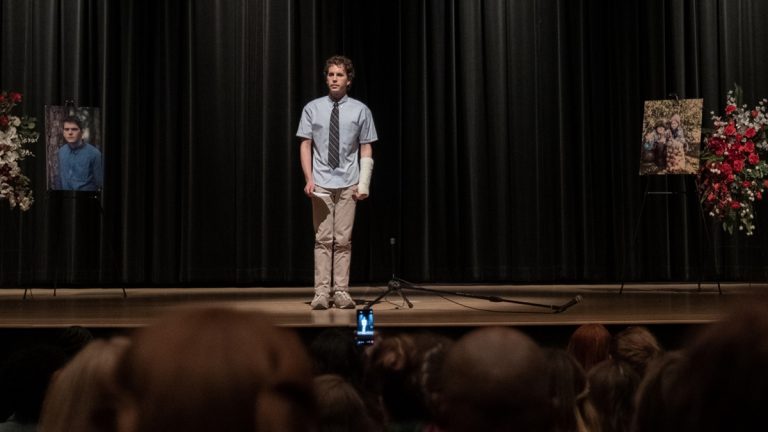 WATCH: The Official Trailer to the Film Adaptation of ‘Dear Evan Hansen’

Get your tissues ready, DEH fans!

Dear Evan Hansen follows Evan Hansen, an awkward high schooler who gets caught in a web of lies after his classmate, Connor Murphy, takes his own life. According to its official synopsis from Universal Pictures, the film tells the story of someone “aching for understanding and belonging amid the chaos and cruelty of the social media age.”

The original Broadway production comes from a book by Steven Levenson, with music and lyrics by Benj Pasek and Justin Paul. It opened at Broadway’s Music Box Theatre in December 2016. It won 6 awards at the 71st Tony Awards, including Best Musical and Best Score. Ben Platt also took home the award for Best Actor in a Musical in that year’s ceremony.

The production is most famous for songs like “For Forever,” “Waving Through a Window,” and “You Will Be Found.”

Dear Evan Hansen premieres in US cinemas this September 24. You can also visit its official website to know more about the film.

The Tony, Grammy and Emmy Award winner is back as the anxious high schooler Evan Hansen.
Share your comment at ClickTheCity Connect