Lucasfilm presents “Solo: A Star Wars Story,” charting the adventure-filled past of Han Solo, the iconic galactic scoundrel and one of the most beloved characters in cinema history.

Lucasfilm presents “Solo: A Star Wars Story,” charting the adventure-filled past of Han Solo, the iconic galactic scoundrel and one of the most beloved characters in cinema history. Through a series of daring escapades deep within a dark and dangerous criminal underworld, Han Solo will meet his mighty future copilot Chewbacca and encounter the notorious gambler Lando Calrissian, in a journey that sets the course of one of the Star Wars saga’s most unlikely heroes. 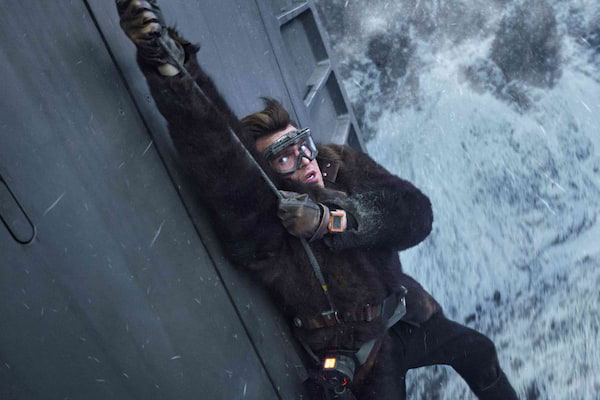 Producer Kathleen Kennedy, describing what makes Han Solo such an iconic and beloved character, says, “He’s very authentic. He’s a scoundrel, he’s a maverick, and there’s a mystery to him. Handsome, incredibly charismatic and adorable—that’s a pretty great combination for a Star Wars action hero.”

Screenwriter Lawrence Kasdan was hooked the moment he found out the film was about Han Solo, the character he is most passionate about in the Star Wars canon. “Han was always my favorite, right from the start,” says Kasdan. “He’s the most exciting guy in the saga for me. He’s unpredictable. He’s reckless. He’s not brilliant. He’ll say things that he can’t back up. He’ll leap in when he should stay back. There’s nothing more attractive to me than a screw-up who’s actually got a good heart but hides it as best he can.”

During production on “The Force Awakens,” the veteran screenwriter found himself in the unique position of penning a new Han Solo adventure while witnessing the character’s death on set. It was a rare moment for any writer, and an opportunity he couldn’t wait to explore. 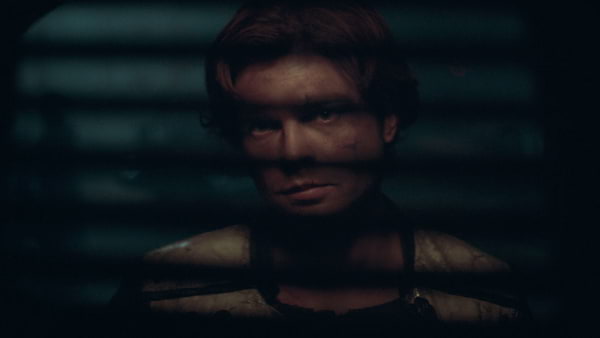 Sharing Kasdan’s love for Westerns is his son and “Solo” co-writer Jonathan Kasdan, who has been a lifelong fan of the Star Wars movies and of Han Solo in particular. Growing up in a “household of Star Wars,” as his father likes to say, Jonathan remembers the films as being extremely influential on his development as both a writer and director. It was his enthusiasm for Han Solo, and intimate familiarity with the Star Wars universe, that formed a highly productive and creative rhythm between the two writers.

Jonathan Kasdan, who was on set during the entire production of “Solo,” saw Alden Ehrenreich’s performance bring young Han to life. “Han is confident and funny, yet self-conscious and relatable. Alden is perfect in the role, and it was a marvel watching him perform,” comments the writer.

It was important to both Kasdans to create a story that was unlike any other Star Wars film before it. They wanted “Solo” to be the most character-filled and character-focused story yet, but one that still honors the legacy of the saga. “This is a story that comes out of old-time storytelling,” says Lawrence. “It’s a story about someone being forged in the crucible of life—in danger, in violence and in love. It’s about how a person is formed.”

“Solo” explores Han Solo’s formative years and follows his journey through a series of impactful encounters, combining themes of trust, loyalty, love and betrayal with light-hearted humor, wit and rollicking action. As Director Ron Howard explains: “This is a rite-of-passage story, consistent with Star Wars, with many themes that will resonate with audiences. It’s about one character’s journey, the way that he is tested by the unique challenges that he faces and by the people he meets, to become the character we know so well.”

"Solo: A Star Wars Story” opens in Philippine cinemas Wednesday, May 23.  Join the conversation online by using the hashtags #HanSolo and #StarWarsPH.

Get to Know the Characters in "Solo: A Star Wars Story"

Lucasfilm’s “Solo: A Star Wars Story” which tells the origins of the legendary Han Solo is now playing in Philippine cinemas

'Solo: A Star Wars Story' Can Stand On Its Own

'Han Solo: A Star Wars Story’ is a fun look into the criminal underbelly of this universe and the film is directed in a way that just allows you to sit back and enjoy yourself.

The Walt Disney Company Philippines and Ayala Malls Cinemas joined forces together May 17 in holding the first-ever exclusive screening of Lucasfilm's "Solo: A Star Wars Story" in the Philippines.

Lucasfilm's “Solo: A Star Wars Story,” the newest adventure taking place in the Star Wars galaxy, held its red carpet event at the ongoing Cannes Film Festival as part of the Official Selection and Out of Competition.

Tour the Millennium Falcon with Lando for "Solo: A Star Wars Story"

Join Donald Glover (Lando) for a tour of the iconic Millennium Falcon in this featurette for the upcoming Solo: A Star Wars Story. See the film in Philippine cinemas May 25.

Lucasfilm has just released the official trailer and poster for Solo: A Star Wars Story which may be seen below.

WATCH: The First Trailer to 'Solo: A Star Wars Story' is Finally Here!

Following the release of the film's TV spot during the Super Bowl, Solo: A Star Wars Story has finally premiered the first trailer to the much-awaited film!

The highly anticipated film that revolves around the life of a young Han Solo finally releases a TV spot during the Super Bowl, with an official trailer set to be released tomorrow. Watch the clip here!