Survival of Strong and Powerful Kids Threatened in “The Darkest Minds”

The latest engrossing book-to-film adaptation “The Darkest Minds” is set in a very near future society where most of the nation’s children have perished – all victims of a terrible disease.

The latest engrossing book-to-film adaptation “The Darkest Minds” is set in a very near future society where most of the nation’s children have perished – all victims of a terrible disease. The surviving children are considered to be dangerous Enemies of the State because they possess extraordinary powers and therefore pose a threat to the government. 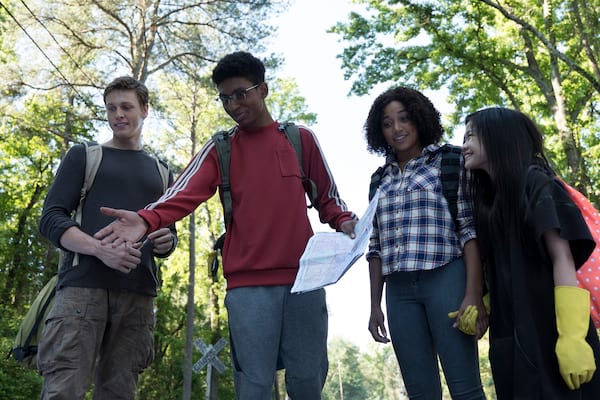 In the movie, the nation is in a state of crisis, 98 percent of the children have died. For the few who remain, it’s a fight to stay alive. The kids and teenagers, who all have remarkable powers and abilities, have been taken from their families and sent for brutal ‘rehabilitation’.  Here they are segregated by color according to how dangerous to society they are deemed to be. Amandla Stenberg (“Hunger Games,” “Everything, Everything”) plays Ruby who is an ‘Orange’ – signifying that she is a major threat because she can read minds and manipulate memory. She escapes and meets new friends, young survivors from different camps. Among them is Liam, played by rising British actor Harris Dickinson. There’s an immediate attraction between the two. Also starring in the gifted cast of young actors are Skylan Brooks as Chubs and Miya Cech as Zu. On the road, the kids empower themselves and discover a sense of family.

Directed by Jennifer Yuh Nelson, whose previous hit movies include Kung Fu Panda 2 and 3, “The Darkest Minds” is her impressive first foray into live action. 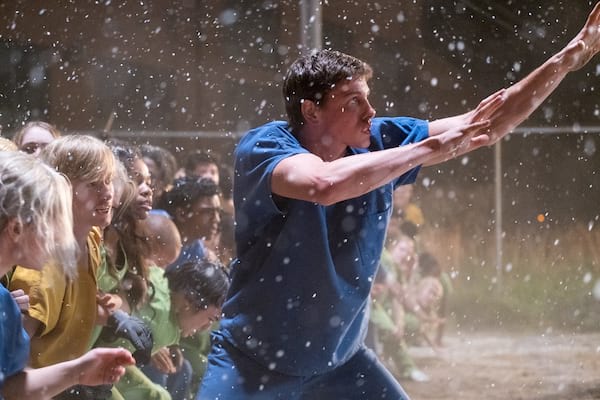 “The Darkest Minds” hinged on audiences identifying with the characters’ struggles and being able to see themselves in this nightmare. “We wanted this to feel like a reality that we live in today and recognize,” says Nelson. “It’s what makes the powers unique, they contrast with our otherwise normal reality. You should be able to imagine being able to go out right now and see someone doing these amazing things, so we didn’t want to place this film in some far off time period or futuristic and obscure place. We want audiences to believe this could happen.”

“This movie transcends all ages,” says Nelson. “It’s not just about being a teenager. Everyone has been in that place when they are not completely comfortable with who they are. It’s about facing the things about you that you aren’t happy with, that you consider a flaw, and being able to grow into this place of being able to embrace those things. Being able to access what makes you unique and use it as a strength. This story follows a character that, in the beginning, is powerless and essentially frightened and ashamed of what she is. And by the end, you watch her grow. You watch her become this empowered strong character being able to do things she never thought she could do. Everyone can identify with that journey.”

With a background in animation and a passion for Kung Fu and action films, Nelson was the ideal director to helm this female-starred action adventure.

“’The Darkest Minds’ is going to give audiences a hell of a ride.  It’s going to be a ride that will be thrilling in that it has action, it has adventure, it has super-visual set pieces, battle scenes, powers being used – all of that.  But I think audiences can also expect a deeply emotional experience with this movie because although it’s filled with spectacle and just cool visceral sequences, at its core it’s also really about characters looking for where they belong and discovering ultimately that where they belong is with each other,” vouches producer Shawn Levy.

Embracing Diversity in Thrilling YA Movie "The Darkest Minds"

“The Darkest Minds” is set in a very near future society where most of the nation’s children have perished – victims of a terrible disease.

The latest YA thrilling road trip movie 'The Darkest Minds' trails surviving children who have been locked up in rehabilitation camps and are regarded as enemies of the state.

From the producers of “Stranger Things” comes the latest YA book-to-movie “The Darkest Minds” based on the book by author Alexandra Bracken and directed by Jennifer Yuh Nelson (Kung Fu Panda 1 & 3).