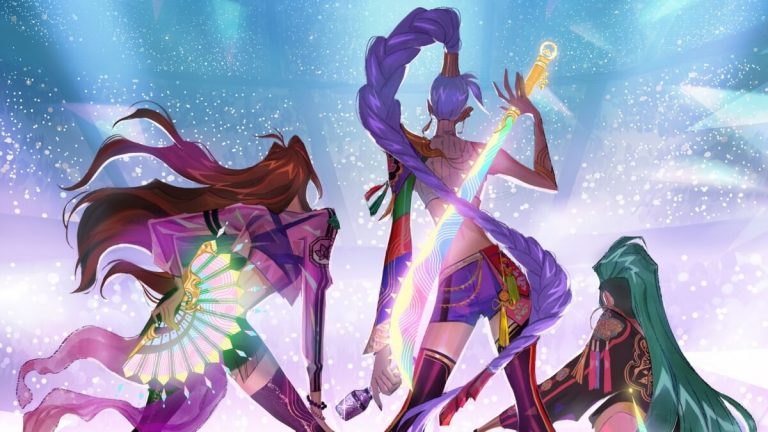 Have you ever imagined your favorite K-Pop group battling demons when they’re not on stage? Well, Sony Pictures‘ upcoming animated film follows that very premise, and it got us intrigued!

According to Variety, Sony Pictures Animation is currently working on a movie titled K-Pop: Demon Hunters!

Training for the big debut. K-Pop: Demon Hunters is currently in development at Sony Animation.

This film follows a world-renowned K-Pop girl group as they balance their lives in the spotlight with their secret identities as badass demon hunters. pic.twitter.com/sFScsOqMN5

The movie follows a world-famous Korean girl group, whose members are also badass demon hunters. While it sounds action-packed, the film also promises a “colorful backdrop of fashion, food, style, and music.” It will be directed by Maggie Kang and Chris Appelhans.

“Having been a fan of the genre since its beginnings in the ’90s, this film is my love letter to K-Pop and my Korean roots,” Kang told Variety. “It encompasses and celebrates everything K-Pop is – it’s the film I would want to see as a lifelong fan and I hope the millions of K-Pop fans out there in the world will feel the same.”

Meanwhile, Appelhans revealed that he had always been interested in making a film that centers on music.

“[I] always wanted to do a film about the power of music – to unite, bring joy, build community. K-Pop is the greatest embodiment of this in our lifetime, and we’re really excited to honor and showcase that through the lens of animation.” Appelhans said.