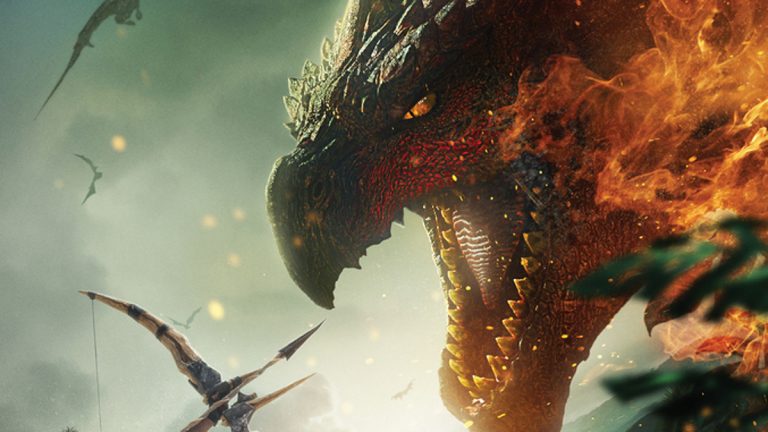 Fans of the video game franchise must not miss this movie adaptation!

Big action and big monsters are meant to be seen in the BIG SCREEN.  This month, moviegoers will get the full cinematic experience again as Columbia Pictures’ new fantasy action thriller Monster Hunter, opens in Philippine cinemas March 2021!

Film fans are advised to refer to the websites and social pages of their favorite cinemas for more details regarding the film’s playdate and screening times.

In Monster Hunter, behind our world, there is another: a world of dangerous and powerful monsters that rule their domain with deadly ferocity. When an unexpected sandstorm transports Captain Artemis (Milla Jovovich) and her unit to a new world, the soldiers are shocked to discover that this hostile and unknown environment is home to enormous and terrifying monsters immune to their firepower. In their desperate battle for survival, the unit encounters the mysterious Hunter (Tony Jaa), whose unique skills allow him to stay one step ahead of the powerful creatures. Facing a danger so great it could threaten to destroy their world, the brave warriors combine their unique abilities to band together for the ultimate showdown.

Nearly 20 years ago, writer-director Paul W. S. Anderson and star Milla Jovovich teamed up with videogame company Capcom and Constantin Film to produce Resident Evil, based on the bestselling videogame. Six movies and $1.2 billion in box office later, the franchise stands as the most successful videogame adaptation of all time.

Now, the team has reunited for Monster Hunter, based on Capcom’s bestselling video game of all time, “Monster Hunter: World,” and the origins of the project point to Anderson’s time in Japan. “I was actually a fan of the ‘Monster Hunter’ game before a lot of people in America and Europe, because I spent a lot of time in Japan,” Anderson explains. “It became one of my favorite countries to visit. Because of that, I started playing ‘Monster Hunter’ in 2008 – and by 2009 I was pitching Capcom on making a movie of the game.”

Over the next nine years, during his frequent trips to Japan, Anderson would play the game – which became something of a passion project.  Because the gameplay of “Monster Hunter: World” doesn’t rely on a narrative, Anderson had free rein to invent a story. “It felt like an amazing opportunity to build a whole world on the movie screen, and there were countless stories to tell within that world. The more I thought about it, the more stories and characters began to take root.”

Anderson’s screenplay took a decidedly grounded approach to the wild fantasy elements of monster hunting – in storytelling and design, he would give the real-world audience hooks to latch on to. So, in his story, Anderson focused on a real-world team that becomes trapped in the monster world, and the monster world’s locations would be drawn from some of the real world’s strange and unusual but very real locations.

At every turn, though, Anderson and the filmmakers kept hewing close to the original games that inspired them. “The movie pays honor not just to the ‘Monster Hunter: World’ game, but to the entire franchise that I personally have loved for ten years now,” says Anderson. “The game creators have created a richly textured world, and we embraced that.”

When he’d completed the screenplay, Anderson had to do a bit of convincing with Jovovich to play the lead role. “My first thought was, really, from zombies to monsters? You’ve got to be kidding me,” jokes the star of Resident Evil. “He said, ‘Just read it,’ and when I did, I felt like it captured everything I love about making action movies, but I really loved the character of Captain Artemis. She just felt real to me,” concludes Jovovich. “I felt like it would be wonderful to play somebody that disciplined.”

Monster Hunter is distributed in the Philippines by Columbia Pictures, local office of Sony Pictures Releasing International.  Connect with #MonsterHunterMovie 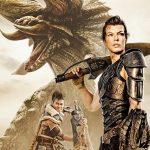 The creators were thrilled with director Anderson's faithful take on the monsters! 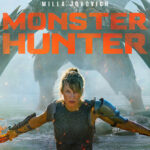 Watch the official trailer of Monster Hunter, based on the global video game series phenomenon. 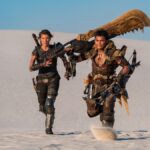 Fans of the 'Monster Hunter' game franchise will be hyped by this teaser!

From one game to another, Resident Evil films' Milla Jovovich now stars in 'Monster Hunter'!
Share your comment at ClickTheCity Connect