‘The Spy Who Dumped Me’ is Crazy Fun, Action-packed, and Filled with Woman Power

'The Spy Who Dumped Me' is a lovely time at the cinema with a healthy dose of action and crazy comedy. It’s also a wonderful showcase for women to take the lead in a genre that is overpopulated by men.

I honestly didn’t want to see ‘The Spy Who Dumped Me.’ The title struck me as being uninspired, and lays bare what I expected to see throughout the film: a romantic comedy about an ordinary girl getting dumped by a spy. It was only much later, after the film, that it had occurred to me that it was a play on the James Bond movie ‘The Spy Who Loved Me,’ and the movie was way more enjoyable and way different from what I expected it to be.

More than it being a romantic comedy, ‘The Spy Who Dumped Me’ actually plays out like a zany feminist action comedy about two best friends, Audrey and Morgan, who get caught up in an international conspiracy because of the spy that just dumped Audrey. 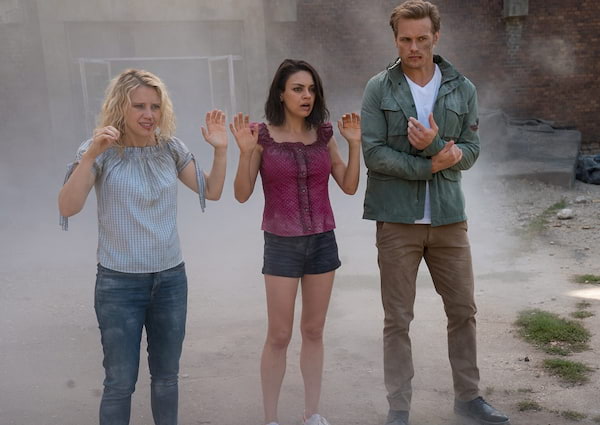 The movie, directed by Susanna Fogel, is a no-holds barred action packed comedy of two best friends who seem to thrive in this dangerous, life threatening situation that they have found themselves in. The movie manages to balance out the friendship of Audrey and Morgan while still managing to explore the relationship of Audrey and her ex-boyfriend, Drew, who happens to be a spy, and still has space and time for the two best friends to dig deeper into the conspiracy, and discover sides of themselves that they have never known before or even dared dream.

What is absolutely delightful about ‘The Spy Who Dumped Me’ is the fact that this is a female-centric film, without ever feeling sacrificing the narrative for its feminist agenda. While there is still a strong romantic element involved, a man only comes to the rescue when the two women are way in too deep in the spy world that it would be impossible for an ordinary, untrained person to get out of. But never do they ever feel without agency, and it’s so great that through all of this, the strongest relationship that comes to the foreground is the friendship of two women who trust and support each other throughout this whole ordeal. 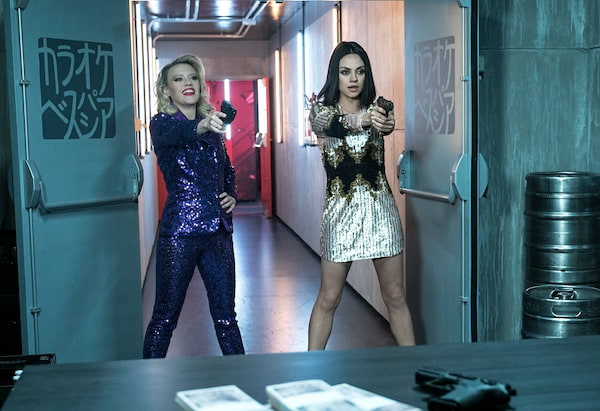 The combination of Mila Kunis as Audrey and Kate McKinnon as Morgan is dynamite, with Kunis playing the straight man to McKinnon’s kooky best friend. Kunis navigates the complex emotions of a woman out of her depth, realising her ex-boyfriend is a spy and lied to her, and she finds her own strength and makes it true without sacrificing comedic timing. While McKinnon is free to go crazy and provide the extra laughs needed with Kunis playing support wonderfully.

Fogel also manages to balance out the action with the comedy, creating a space for some truly hard-hitting fight scenes and choreography, while still giving space for the women to act out of their league and give us some hilarious physical humor.

Much like any spy movie, there are chase sequences, torture sequences, gun fights, martial arts, gadgets–and all our used to full effect and as good setups for well-written punchlines. There is a hilarious scene with a car with a manual transmission during a chase scene that elicits some of the loudest laughs. But unlike other spy movies, there is no gratuitous nudity of any kind and many of the relationships feel earned. 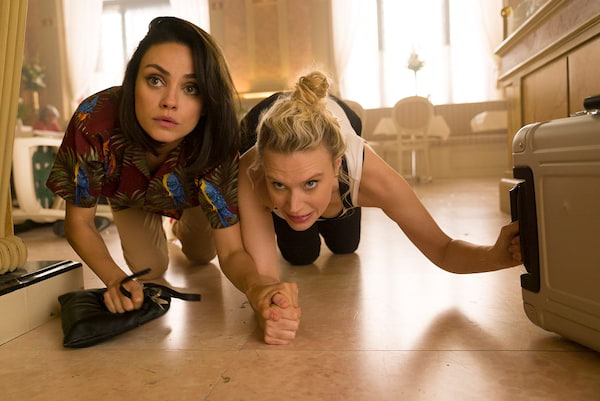 Really, it’s a case of ‘don’t judge a film by its title’ because ‘The Spy Who Dumped Me’ is a lovely time at the cinema with a healthy dose of action and crazy comedy. It’s also a wonderful showcase for women to take the lead in a genre that is overpopulated by men. I really wouldn’t mind watching this again. It’s a hoot.

'The Spy Who Dumped Me' opens in cinemas nationwide on August 1, 2018.

The Spy Who Dumped Me

Central to The Spy Who Dumped Me is the deep and true friendship between the two main characters, Audrey and Morgan, played by Mila Kunis and Kate McKinnon.

You don't really need to have a group of assassins coming after you to become a spy!

Lionsgate released the new poster for their action-comedy, The Spy Who Dumped Me, starring Mila Kunis and Kate McKinnon.

Two ordinary yet witty and feisty women are in thick of action in “The Spy Who Dumped Me” who embark on an international adventure after one of them had been dumped and discovered that the ex is actually a spy.