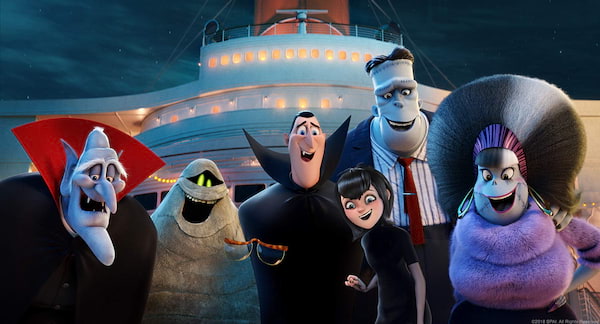 Simply put, there had to be a reason for him to come back and make another one – a seaworthy sequel.  “I love the characters, but if we were going to do a third film, we had to take them someplace they’ve never been before – both physically and emotionally,” says Tartakovsky.

“That’s what we’re doing here.  Not only are Drac’s Pack out of the hotel and visiting fun, exotic locations on a monster cruise, but we’ve turned Drac and Mavis’s relationship on its head.  Instead of Drac being the concerned parent as his daughter falls in love and has a child, now Mavis is overly concerned as her father ‘zings’ for a second time.  Or maybe she’s not overly concerned – maybe he’s in real danger.” 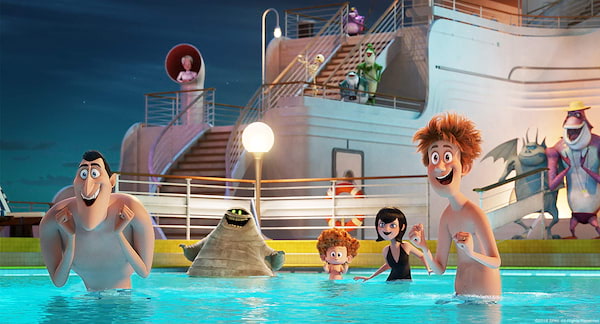 Tartakovsky says that the inspiration for the new film came directly from his real-life experience.  “After I finished the second film, I needed a vacation – and my in-laws surprised us with a family cruise,” he notes.  “I’m sure everyone loves their in-laws as much as I do, but the cruise forced us all to be together in a small space for a week.  That inspired me – what would happen if you put Drac’s Pack in that situation?”

“I think the Hotel Transylvania films connect with families because they’re about families,” says Tartakovsky. “Sure, every family is different – but really, everybody’s kind of the same.  And that’s what makes the movies connect all over the world.” 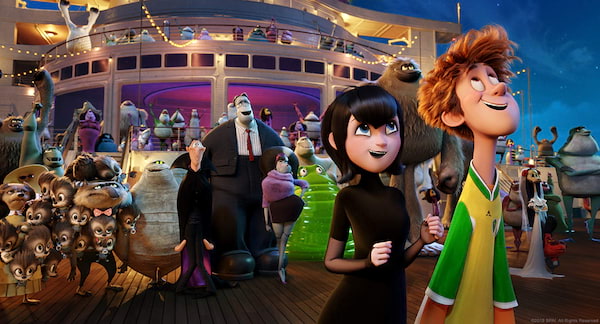 The setting opens up a whole new world for the characters, Tartakovsky says.  “There’s even more visual humor, more fun than the first two films,” he says.  “It’s not just a cruise – it’s an adventure.  They get to explore new and exotic locations – including the lost city of Atlantis.  But there’s also real danger involved as they start to wonder if Ericka, the ship’s captain, is leading them right into a trap.”

Bigger laughs – like Gremlin Air, where the little monsters that make your flight go wrong have been put in charge… like the Bermuda Triangle, which is a literal triangle that eats up planes and ships… relaxing times like moon bathing (can’t be in the sun), an underwater volcano, scuba diving, dolphin surfing… let’s face it: monsters may be just like us, but their vacations are way different (and way better). 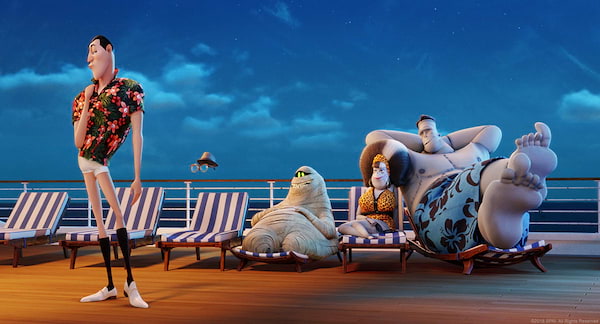 And that doesn’t even include the monsters’ final destination: the lost city of Atlantis.  “It’s our version of Vegas,” says producer Michelle Murdocca.  “From the depths of the ocean arises a massive kraken – and just when you think this is it, he breaks into a swing-a-ding-ding Sinatraesque song, courtesy of Joe Jonas.”

"Hotel Transylvania 3" Introduces the Van Helsings to the Monster Mash

What happens you fall in love with your arch-enemy's great granddaughter?

Joe Jonas Gets `Kraken' in "Hotel Transylvania 3: A Monster Vacation"

Selena Gomez and Andy Samberg return to the roles of Dracula’s daughter Mavis and her human husband Johnny in Hotel Transylvania 3: A Monster Vacation, after the great experience of working on the previous two films of the franchise.

Get through the week with “I See Love” by Jonas Blue feat. Joe Jonas - the end-credits song from Sony Pictures Animation’s Hotel Transylvania 3: A Monster Vacation.

Splash around and play with your favorite monster family with 'Hotel Transylvania 3: A Monster Vacation' games in Loot Box!

We've got fun online games fresh and hot just for you in ClickTheCity's Loot Box section!

Monsters Cruise Into Cannes to Launch a Sneak Peek from "Hotel Transylvania 3: A Monster Vacation"

Drac’s Pack splashed down in a dazzling and colorful parade to kick off their monster vacation at the start of the 71st Cannes Film Festival at The Carlton Pier on May 7, 2018.

In Sony Pictures Animation’s Hotel Transylvania 3: A Monster Vacation, join our favorite monster family as they embark on a vacation on a luxury monster cruise ship so Drac can take a summer vacation from providing everyone else's vacation at the hotel.

Get ready to have a monster vacation! Watch the new Hotel Transylvania 3 trailer now here at ClickTheCity.
0