How will the future be for man if artificial intelligence becomes more human? Find out what happens in the acclaimed futuristic drama “Marjorie Prime” when it opens September 26 in local (PH) cinemas.

How will the future be for man if artificial intelligence becomes more human? Find out what happens in the acclaimed futuristic drama “Marjorie Prime” when it opens September 26 in local (PH) cinemas. 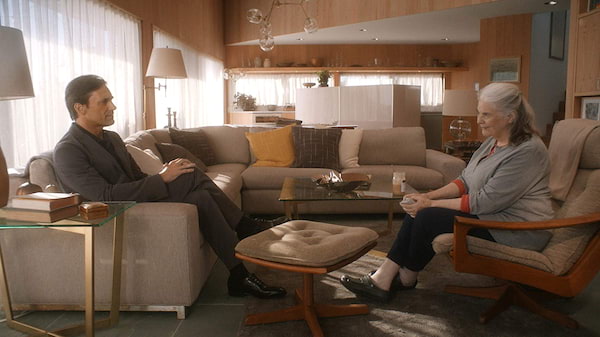 Very reminiscent of the Black Mirror series, critics are saying that it could be  the series’ best-written episode yet, “Marjorie Prime” is based on a play (of the same title) by New York playwright Jordan Harrison, who had wanted to construct a play about artificial intelligence (AI) and inspired by Brian Christian’s 2011 book, “The Most Human Human: What Artificial Intelligence Teaches Us About Being Alive” which hypothesizes that computers will continue to get better at being human than humans.

Adapting “Marjorie Prime” into a feature film is Michael Almereyda, who also directed and wrote the movie.  The movie has already won 2017’s distinguished Alfred P. Sloan Feature Film Award from  Sundance Film Festival and a Best Supporting Actress for Lois Smith from the Satellite Awards. 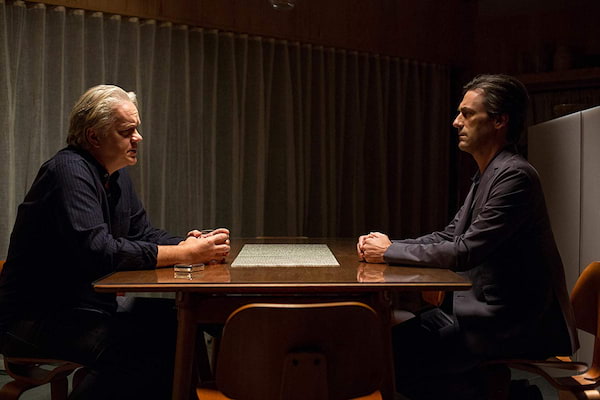 Providing a companion for the elderly, Marjorie’s (Lois Smith) son-in-law, Jon (Tim Robbins) decides to provide her with a prime to help her recall and bridge gaps on her lost memories.  His wife Tess (Geena Davis) does not exactly agree with the idea as she feels uncomfortable with a prime that is a young version of her deceased father, Walter (Jon Hamm).

The movie brings us to a future where primes serve the elderly to keep their minds sharp.  But more than that, primes are invented as a kind of replacement memory system.  They are intended to soften the blow of someone else’s trauma and being holograms, they can’t be touched or felt.  Being more than projections. They mirror their human companions, reflecting the energies and emotions that get beamed onto them. 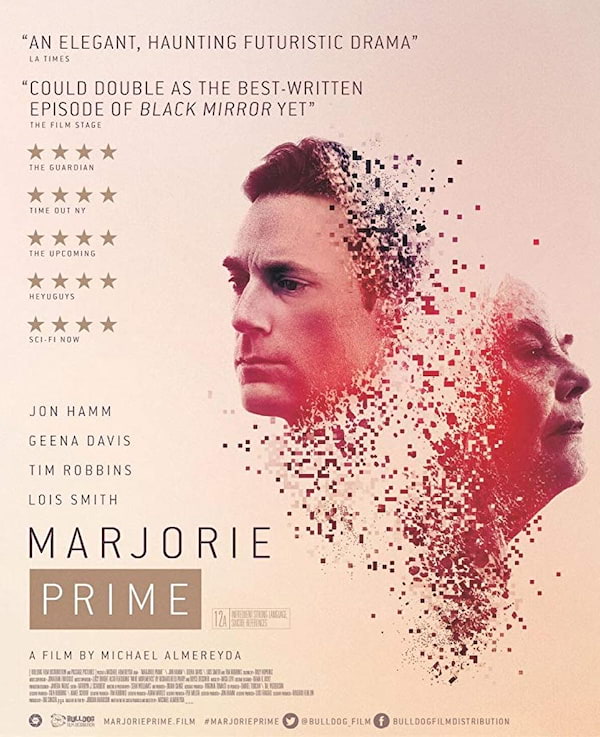 Each of the humans indeed has a different kind of relationship with the Primes. Walter Prime, for Marjorie, “is there to keep her company, and remind her of the things from her life, her history,” Smith explains. And, it seems, she likes it.   But, in general, she doesn’t have a lot of neuroses about Walter Prime. It’s kind of a functional relationship.”

“Marjorie Prime” raises many questions too – about memories and about how much our identities are built on how we perceive these memories. “It has something to say about the unreliability of memory, but also the mystery of memory. I think Jordan’s also suggesting that memory can have a healing power,” Almereyda states.

It gives rise to other questions, as Harrison notes, “How do we construct ourselves? If we start to not remember things, because of dementia, then do we cease to be ourselves? Is there some kind of  ineffable soul that binds all those memories together?” Adds Hamm, regarding technology, “How  much do we want to make our memories real? As exciting and enthralling an idea as that might be, it could also have some unintended effects. Do we necessarily really want to go down that road in the world of artificial intelligence? Then what does that mean for our definition of relationships? I think that’s what the film is asking.”

What if memories could be remembered for you – or forgotten for you? Memories are sometimes all we have to lean on.
0