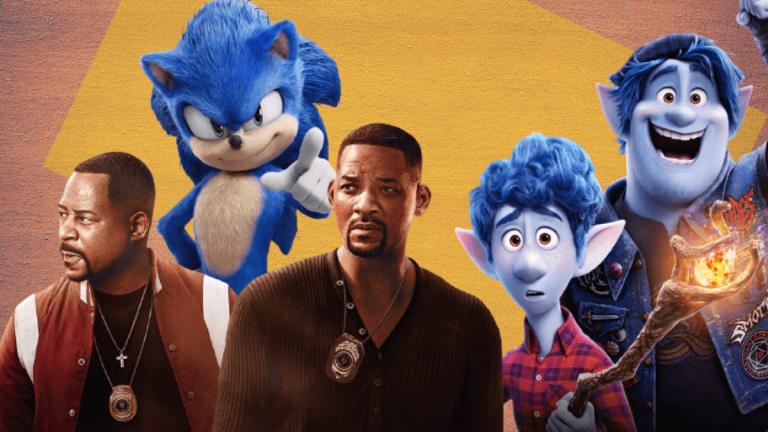 Which of these films were you able to catch in cinemas and online this year?

We’re almost done with 2020, and with it comes a look back at the things we loved and learned throughout the year. For movie buffs, this year had not been the greatest year, considering that some of the biggest releases were delayed and held back due to the pandemic.

Still, movies like Sonic The Hedgehog, Tenet, and more were able to pull off a 2020 release and top the charts. On this list, we’re rounding up 10 films that dominated the worldwide box office, according to the Box Office Mojo, so you can still catch some of them via streaming before we move on to 2021!

Based on the beloved literary classic, The Call of The Wild follows the dog Buck who gets stolen from his California home and is sent to the wilderness of the Alaskan Yukon. Here, he meets the old John Thornton and the two go on a life-changing adventure.

This animated fantasy adventure from Disney is set in a world that brings magic into the modern world. It features Tom Holland and Chris Pratt as the elf brothers Ian and Barley who must embark on a magical journey to bring back their late father even just for a day.

The Invisible Man is based on the novel of H.G. Wells, this film is about a crazed scientist whose obsession turns deadly when he fakes his death and stalks his ex-girlfriend by turning himself invisible.

The DC film Birds of Prey (and the Fantabulous Emancipation of One Harley Quinn) follows Harley Quinn after her breakup with the Joker. Trying to enjoy her freedom, Harley Quinn will soon find herself joining a ragtag group of DC heroines who need to defeat the crime lord Black Mask.

This animated feature film from China follows the titular commander who was given the task to banish the Nine-Tailed Fox Demon threatening the mortals. Soon he discovers that the demon’s soul is linked to a little girl’s soul, and he must make the choice between following heaven’s will or making his own path.

Set in 19th Century England, this film follows the eccentric Dr. John Dolittle and his exotic furry companions as they embark on a journey to find the cure for the young Queen Elizabeth’s sickness.

Based on SEGA’s popular video game franchise, Sonic The Hedgehog follows the quick blue hedgehog who travels to our world only to find himself being chased by the evil Dr. Robotnik. Now Sonic must team up with a local town sheriff to stop the evil scientist from harnessing his powers and using them for world domination.

From the director of Inception and Interstellar comes this new mindbending flick that follows a secret agent who must race against twisting time to prevent World War III from happening.

Directed by: Bilall Fallah and Adil El Arbi
Starring: Will Smith, Martin Lawrence, and Vanessa Hudgens
Stream it on Netflix

Buddy cop film franchise Bad Boys made a comeback with Bad Boys for Life. It reunites the bad boys Mike Lowery and Marcus Burnett as they join forces for one more mission.

In this historical epic set in 1937, a team of Chinese soldiers and draft dodgers defends a Shanghai warehouse complex in a four-day onslaught from Japanese attackers.

Check out five more films that got into the top 15:

You can also check out our 2020 Wrap-Up of the best video games here.