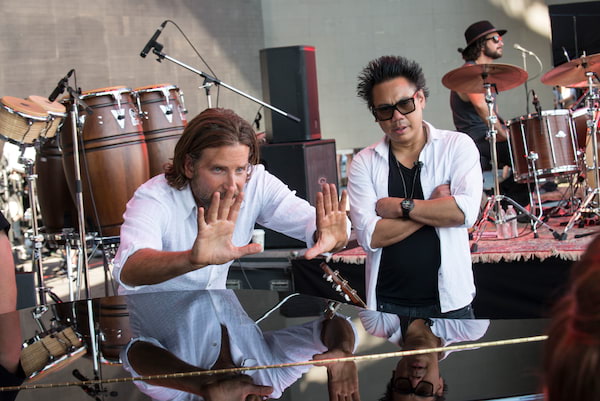 In this new take on the iconic love story, Cooper and Lady Gaga fuse their considerable talents to depict the raw and passionate tale of Jack and Ally, two artistic souls coming together, on stage and in life.  Theirs is a complex journey through the beauty and the heartbreak of a relationship struggling to survive.

It was important to Bradley Cooper that A Star is Born’s cinematic style have a first-person perspective, with the hope of giving the audience the ability to experience the intoxicating energy of performing live before a crowd. 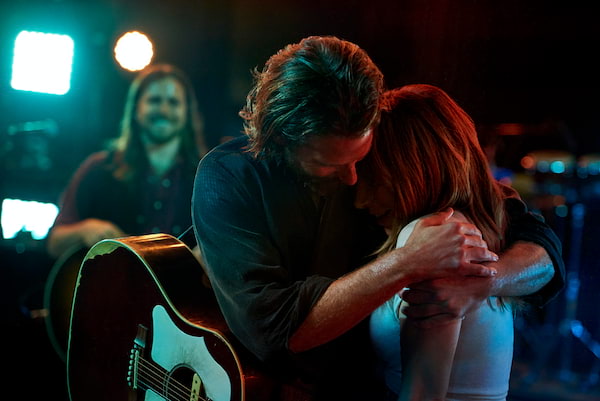 To achieve this sensation, Cooper and director of photography Matthew Libatique chose to film all performance sequences from the perspective of the performers: that meant the singers’ and musicians’ immediate POV and onstage interactions with each other.  No wide shots of concerts from the audience perspective; the lens would live inside the performance.

Libatique has shot his fair share of music and concert videos as well as feature films.  “He’s an artist,” Cooper states.  “I got to meet him through Darren Aronofsky, who he has done many films with, and we hit it off right away.  I told him we wouldn’t have a lot of days and we’d be moving fast, here’s the color palette I see, here’s a little about the opening composition, and he just got it.” 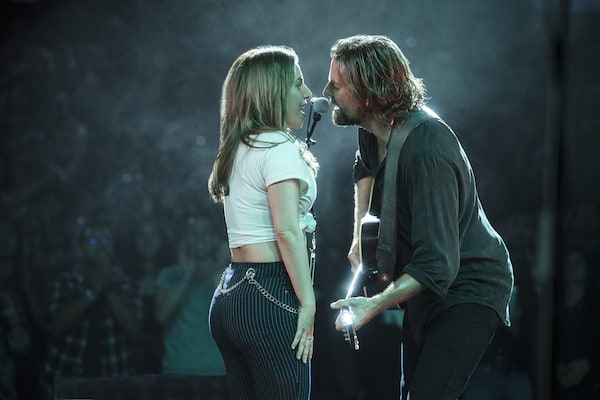 Libatique incorporated various shooting techniques, including handheld, Steadicam, long tracking shots following Jackson Maine from backstage to onstage, and so on, frequently keeping the focus extremely up close and personal on its subjects.  “Thank God for Matty and his crew, they were incredible,” Cooper emphasizes.  “And our camera operator, Scott Sakamoto.  I found myself watching him operate, he’s like a dancer.  One of the greatest of all time.”

Libatique has ongoing collaborations with several directors, including Spike Lee, for whom he photographed Chi-Raq, Miracle at St. Anna, She Hate Me and Inside Man; Joel Schumacher, with Tigerland and Phone Booth; and Jon Favreau, with Iron Man, Iron Man 2 and Cowboys & Aliens.

His other feature film credits include Venom for Ruben Fleischer; Straight Outta Compton for F. Gary Gray; Gothika for Mathieu Kassovitz; Everything Is Illuminated for Live Schreiber; and Ruby Sparks for directors Jonathan Dayton and Valerie Faris.  A Star is Born marks his first collaboration with director Bradley Cooper.

In Philippine cinemas October 10, A Star is Born is distributed by Warner Bros. Pictures, a Warner Bros. Entertainment Company.

'A Star is Born': A Cautionary Rock and Roll Fairy Tale

‘A Star is Born’ is a fairy tale, for sure, and it is going to move a lot of people with its unapologetic intimacy. The acting is splendid, the direction sharp, the music gorgeous. This is a sure contender come award season.

With "A Star is Born," Lady Gaga Shines in Her First Film Lead Role

"A Star is Born" -- A Timeless Romance for Today's Audiences

Putting his own stamp on the tale with his contemporary take on “A Star Is Born,” director/writer Bradley Cooper strove to make something that speaks to the timeless nature of human feelings and failings, mixed with today’s diverse world of music.

The film will also be helmed by Cooper, who will be making his directorial debut.