The Unsettling Cinematic Brilliance of ‘Suspiria’

With its twist and turns, its stunning visuals, excellent sound design, and brilliant performances, ‘Suspiria’ is cinematic gem that might not be everybody’s cup of tea but it cannot be ignored.

With a running time of two hours and 52 minutes, Luca Guadagnino’s 'Suspiria' is an extended swan dive into madness and horror. The ‘Call Me By Your Name’ director takes a full 180 degree turn from the idyllic and impassioned to the creepy, disturbing, and so very engaging world of a renowned dance company in Berlin in the late 70s. Political and civil unrest hangs in the atmosphere outside the dorms and dance studio that is at the focal point of the film’s narrative, and where even more horrifying acts are being committed behind closed doors.

I know nothing of the original 1977 Dario Argento film of which Guadagnino based his story with screenwriter David Kajganich, and maybe coming in blind may have been the best way for me to experience this story about a coven of witches operating under the guise of a contemporary dance company. ‘Suspiria’ loosely follows an American dancer, Susie, as she auditions for the Markos Dance Company as it finds itself in the wake of tragedy as one of their dancers, Patricia, has vanished.

But Patricia, in a psychotic paranoid state has already shared her fears to a psychiatrist, Josef Klemperer, who becomes suspicious of the true nature of the dance company when Patricia goes missing.

As Susie quickly establishes in the company, she has grabbed the attention of the company’s choreographer Madame Blanc, and the sinister forces within the walls of the dance company’s many hidden rooms. 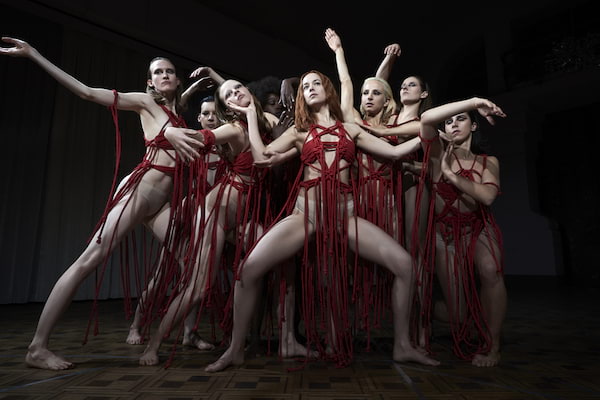 ‘Suspiria’ is not your typical narrative with a straightforward plot. While we are following Susie’s journey, we are led to believe that she is our lead character but ‘Suspiria’ does not follow the conventional rules of storytelling. Blanc, Klmeperer, and even Susie’s friend in the company, Sara, all have major story points that opens the narrative to many different areas that revolve around the orbit of the idea that this is a coven of witches and they are preparing for a ritual with sinister ends.

Despite it’s running time, ‘Suspiria’ never dawdles, it never sits still as fast editing and tight shots keep the visuals alive, focusing on tiny little details, the camera moving trying to catch up to the action at times, and framing it as such that many of the characters are either tightly framed or scattered throughout and covered in shadow.

It keeps the tension high and sets the mood that something is bad is going to happen, and as more of the coven’s dark rituals are being shown to us, the direction signals to us that there’s more horror waiting for us and Guadagnino does not disappoint. 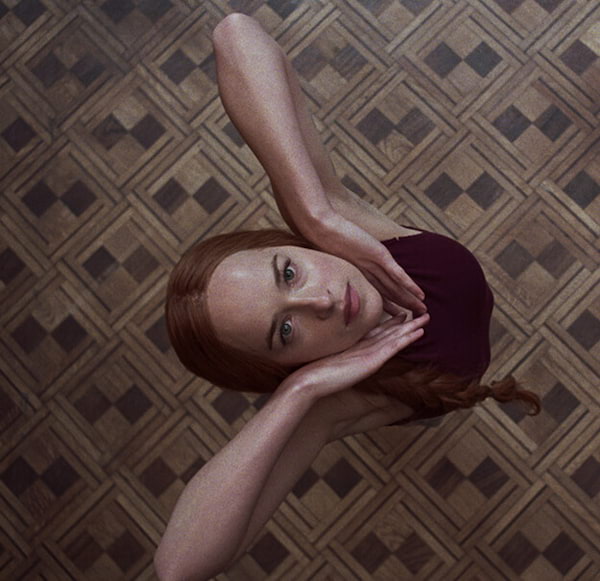 Because ‘Suspiria,’ more than being scary (which it is), is absolutely horrifying. Its depiction of witchcraft and the dangerous manipulations of the coven is not entirely left to the imagination. There is a brilliant scene of a voodoo-like rite that is both thrilling and gruesome to behold. It’s brutal and violent and wonderfully portrayed. It’s a masterclass in editing and sound design.

In fact, the sound design of ‘Suspiria’ is so intricate — it’s incessant loudness of all the possible mundane sounds interwoven with the creepy musical score and the haunting sound effects create an aural tapestry that also enriches the dread and horror.

And for all of its technical merits, its lack of a typical narrative structure is replaced with a wonderful vision of a frightening world that lies hidden from another broken world right on top of it. The political and the supernatural are juxtaposed together — never really colliding but always in such close contact — and the film manages to remind us that no one is free from being collateral damage of any power struggle or conflict. No matter how clean and pure our intentions, we are always but a step away from pain, and to bear witness is to suffer, and the only peace is ignorance or forgetting.

With its twist and turns, its stunning visuals, excellent sound design, and brilliant performances from Tilda Swinton, Dakota Johnson, Mia Goth, and the rest of the cast, ‘Suspiria’ is cinematic gem that might not be everybody’s cup of tea but it cannot be ignored.

Witching Hour Starts with "Suspiria" on October 31 in Cinemas