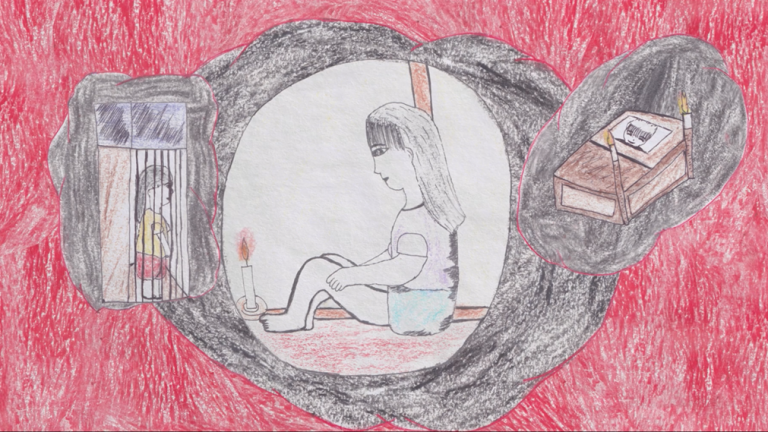 Imagine behind-the-scenes footage from the sets of Lav Diaz, Erik Matti, Dan Villegas, and Dodo Dayao repurposed into an uncanny narrative summoning present-day milieus involving police, prisoners, and fascism.
That’s John Torres’ We Still Have to Close Our Eyes (2019), which will have its Philippine debut at Daang Dokyu on October 30, 2020. The film depicts actors as human avatars controlled by apps in scenes that are both familiar and unfamiliar, both real and fictional.

It will highlight “Future: Ganito Tayo Ngayon, Paano Sila Bukas,” the last program of the film festival, which is slated from October 30 to November 5, 2020.

Aside from We Still Have to Close Our Eyes, the other films in the program are Kiri Dalena Alunsina (2020), which had its premiere at Daang Dokyu’s opening program; Jet Leyco’s For My Alien Friend (2019); Manuel Mesina III’s Beastmode: A Social Experiment (2018); Tad Ermitaño’s Retrochronological Transfer of Information (1994); and a 48-hour rerun of Aswang by Alyx Arumpac.

To close the festival program, we put together six films under this section called “Future”. These documentaries demonstrate both the new and the classical. On one hand, they present documentary as a form that is evolving in multiple directions, antiquating notions that separate fiction and non-fiction, unafraid of new technologies that break the dearly kept singularities of cinema and television and proposing new languages and ways of seeing. At the same time, these films and their filmmakers, true to the classical documentary, are concerned with ethics, firm in seeking and speaking the truth, and troubled in their evocation of the zeitgeist. These are films that are hard to unsee because they represent both what is to come and what insists on staying the same—whether in documentary or in our lives.” says Jewel Maranan, one of the festival directors.

In Alunsina, Dalena explores both the potentials and limits of engagement within a community that is facing trauma. Working closely with human rights organizations, she finds herself documenting the struggles of children and families in an urban settlement severely affected by the government’s war against drugs- an ideology that has led to thousands of extrajudicial killings of suspected drug users, and has left hundreds of children whose parents died as victims. Here, she engages with another family whose child has resorted to drawing pictures to cope with such tragedy and again confront the complexities in communicating the violence they’ve witnessed.

Dubbed as a “documentary of brief encounters”, For My Alien Friend is a philosophical musing on the nature of being. Leyco uses footage from the mundane to create an honest depiction of humanity, using an imaginary alien friend as a filmic device that serves as the driving force of the narrative.

Beastmode is a social media experiment involving the altercation of two Filipino celebrities that goes viral and exposes the festering wound of Filipino institutions and society — from media and social media to entertainment, business, and politics.

Retrochronological Transfer of Information is inspired by the works of physicist Subrahmanyan Chandrasekhar and philosopher Enryo Inoue, this 16mm film documents the experiments of a modern-day scientist who attempts to communicate with Jose P. Rizal, the Philippine National Hero who was executed by the Spanish in 1896.

Aswang follows people whose fates entwine with the growing violence during the first two years of extrajudicial killings in Manila.

The films are free to view at DaangDokyu.com/watchnow.
“It’s been a great six weeks. We are overwhelmed and grateful for the response of people from all walks of life who, from their screens and homes, shared in a collective discovery of Philippine documentaries. Even during this time of crisis, they allowed their minds to wander with us in time and in diverse territories of the Filipino story depicted in the curated programs of Daang Dokyu. We hope they found the films close to home and, at the same time, allowed them to expand what they know of home” adds Jewel Maranan.

The talkback will focus on the impact of the internet, social media, and digital technology on the direction of filmmaking, as well as on democracy and the future of our society in the current climate of disinformation and imbalance.

More information about the festival is available at daangdokyu.ph. 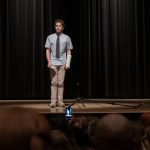 WATCH: The Official Trailer to the Film Adaptation of ‘Dear Evan Hansen’