Tattooed cyber-mercenary Lisbeth Salander is a role that on the page is an actor’s dream job: mercurial, gifted, tough, mysterious, and unconventional in every way, yet fueled by a clear-cut sense of right and wrong. And for The Girl in the Spider’s Web, the first book in David Lagercrantz’s acclaimed continuation of Stieg Larsson’s Millennium series, the filmmakers were thrilled that The Crown’s Claire Foy relished the opportunity to step into the role. 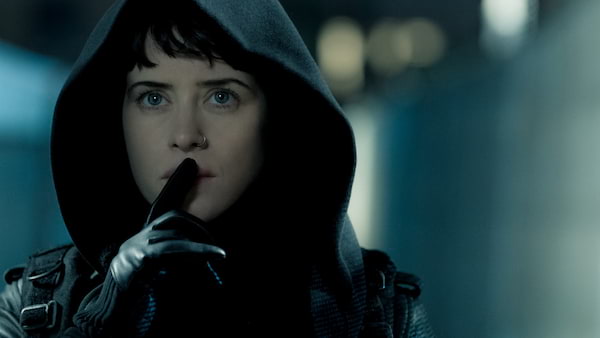 “This is a Lisbeth Salander story we’ve never seen on screen before, and a new interpretation of the character by Claire Foy,” says producer Elizabeth Cantillon. “Claire is fearless in her outward appearance, but she truly becomes Lisbeth in her internal transformation – she becomes this strong heroine with hidden vulnerabilities.” 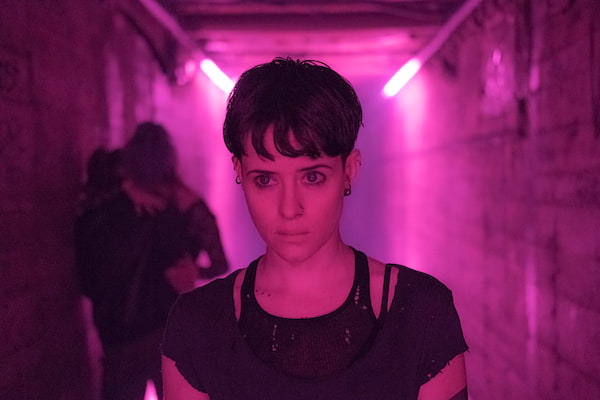 Director Fede Alvarez (Don’t Breathe) is all praises of his lead star, too. “Claire is the one that makes it work,” says Alvarez. “What fascinates me the most about the whole making of movies is knowing Claire as a person, she has nothing to do with Lisbeth, right? They couldn’t be more different in some levels. That says how great of an actress she is, because she could turn into that person, and she understood the character, and she could play it in a way that was fascinating to see every day.” 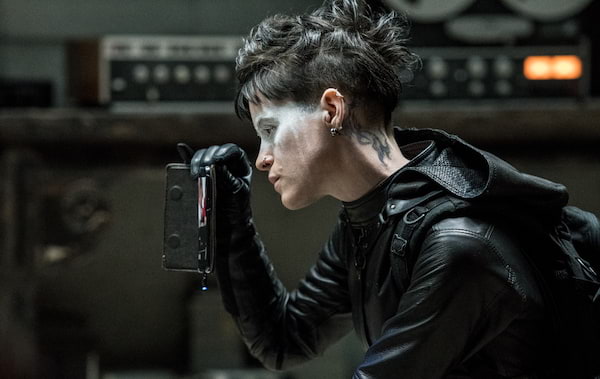 Fan of the Books

Besides the excitement of playing a character as iconic as Lisbeth Salander, being a fan of the Millennium series also helped Foy, best known for playing yet another iconic figure, Queen Elizabeth II in The Crown, for which Foy won an Emmy. 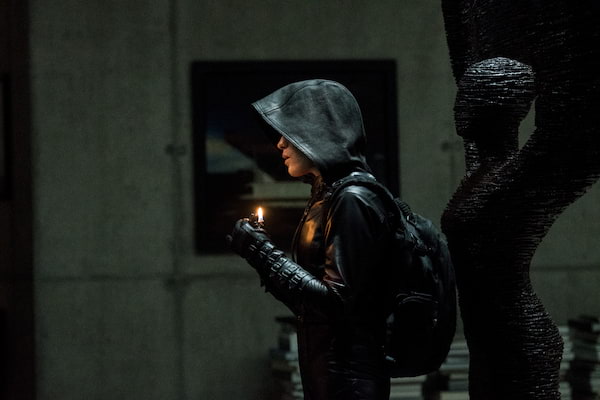 “I loved the books,” she says of the Millennium series. “It’s about twelve years ago that I read them. At the time, I was a girl in my 20s and reading about a girl in her 20s. I just found it quite eye-opening, really, and especially a story which focuses around a woman, and that she’s sort of the most interesting person to follow in the story, as well.”

In The Girl in the Spider’s Web, Lisbeth has grown since the momentous events of the first three books, but is still in a tenuous state about where she’s come from, and where she’s going. “It’s sort of two parts of Lisbeth’s life massively converging and crashing together in spectacularly awful fashion,” says Foy. “The side of her that is about social justice and righting wrongs and also being spontaneous, and taking the law into her own hands, collides in a huge way with an unresolved part of her past with her sister, and the love she has for her sister, which she denies and which she never wants to be reminded of. So it’s essentially about her running away from her past but then essentially, it’s going to come back.”

(See what critics have been saying about The Girl in the Spider’s Web here.)

In Philippine cinemas November 21, The Girl in the Spider's Web is distributed by Columbia Pictures, local office of Sony Pictures Releasing International.

In the blistering thriller The Girl in the Spider’s Web, fans will experience an all new Lisbeth Salander adventure that finds this misfit outsider – 21st century fiction’s most original and complicated warrior for justice — in the middle of her most dangerous and personally revealing crusade yet.