Peter Jackson on Adapting “Mortal Engines” from Page to Film

Peter Jackson, director of the critically acclaimed The Lord of the Rings and The Hobbit trilogies, wasn’t exactly looking to make another world-building fantasy film when Scholastic Media president and Mortal Engines’ producer Deborah Forte first sent him the Mortal Engines book around 2005. After all, Jackson and his fellow filmmakers Fran Walsh and Philippa Boyens, fresh off the success of the LOTR films, were already receiving fantasy projects left and right.

(Check out the film’s trailer.)

Fortunately, Jackson was excited by the dystopian world ideas and the imagery of Mortal Engines right from the start. “Society has rebuilt a semblance of what it used to be, except the cities are now actually moving,” Jackson says. “They are huge traction cities. London is over a mile long, and they chase and hunt smaller cities across this landscape called the Great Hunting Ground, which is essentially Europe.”

Embedded in author Philip Reeve’s depiction of the future is the concept of Municipal Darwinism. “In its simplest form, the bigger cities eat the smaller ones,” Jackson says. “The smaller cities eat the smaller towns, and the smaller towns eat the tiny little towns. They see that as a very natural evolution. When we join this story this has been going on for over 1,000 years so it is very established.” He pauses. “The trouble with Municipal Darwinism is that there is a limit to it. Eventually the big cities eat so many of the smaller cities that there are none left, so they have to either turn on each other or find something else to hunt.” 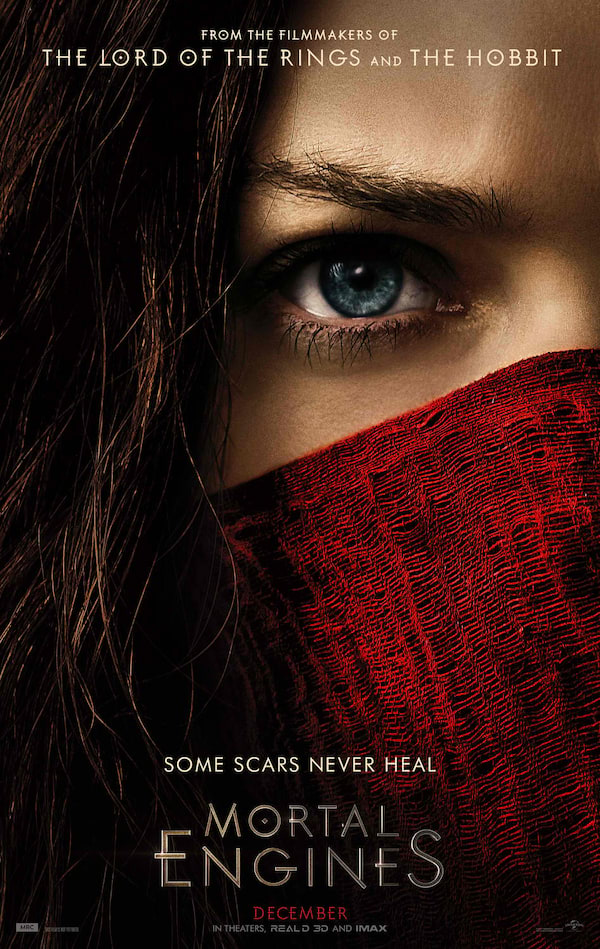 Jackson loved the concept of cities on wheels devouring each other, and the tale’s narrative and emotional elements of love, compassion, vengeance, and liberation. “You are always looking for stories with humanity,” Jackson says. “Mortal Engines has that.”

Jackson’s Wingnut Films optioned the property and then began pre-production on Mortal Engines in New Zealand in 2008, but the project needed to be placed on the back burner for several years while Jackson and his fellow filmmakers created The Hobbittrilogy.

After the release of the final Hobbit film, Battle of the Five Armies, in 2014, Jackson decided to write and produce Mortal Engines, and he and Fran Walsh asked their longtime collaborator Christian Rivers to direct it. “I always wanted to produce something for Christian, and this was the perfect moment in time,” Jackson says. Rivers was the visual effects supervisor the LOTR films and King Kong, for which he won an Academy Award.

Rivers’ experience in visually translating complex worlds from page to screen is definitely a big plus for the Mortal Engines film. As is the screenplay-writing team-up of Jackson, Fran Walsh, and Philippa Boyens.

From the beginning, the award-winning collaborators understood that the script needed to explain the world of Mortal Engines to the audience without sacrificing the speed and agility of the narrative. “This world of Mortal Engines felt like a very fresh idea,” Boyens says. “At the same time, the story itself pulled together all the surviving threads of humanity.”

That humanity is at the core of all the stories they tell on film. “There’s no point in making a movie unless you've got characters that you can relate to,” Jackson says. “I mean, why bother? We may be projecting ahead about 1,700 years in Mortal Engines, but human beings are still human beings. If we went back two or three thousand years, we could sit down and have dinner with a person in Ancient Egypt or Rome, and we would probably still find a lot to laugh about and connect with, even though that person comes from a totally different world. The environment may change, the society may change, but humanity is always there. No matter how crazy or fantastical the world we create around them may be, we make sure that world is inhabited with characters that you can connect with.”

Mortal Engines is distributed in the Philippines by United International Pictures through Columbia Pictures.  Follow us on Facebook at https://www.facebook.com/uipmoviesph/