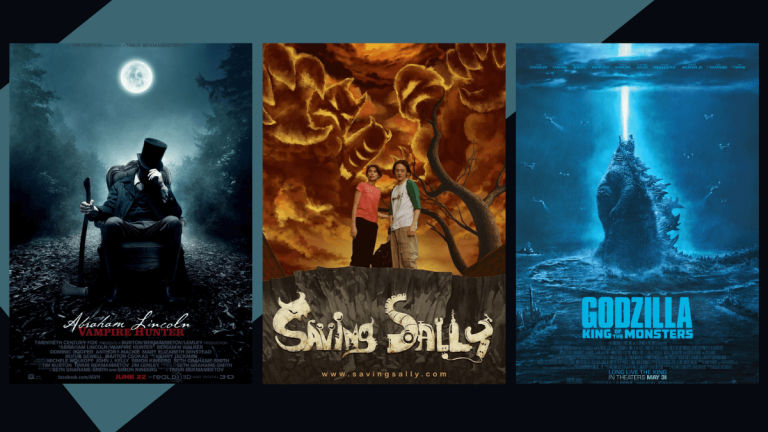 Isn’t it a bummer when you see your favorite movie already playing halfway through when you turn on the TV? Fret not! From rom-com and action to horror and thriller, we’re giving you a heads up on all the must-watch movies on TV from October 19 to 25, 2020

A Star Is Born
(1:50pm, HBO)
After falling in love with struggling artist Ally, Jackson, a musician, coaxes her to follow her dreams, while he battles with alcoholism and his personal demons.

Around the World in 80 Days
(3:40pm, Cinemax)
A Chinese thief joins an eccentric Englishman who plans to circumnavigate the globe in 80 days to win a bet. Along the way, they encounter several obstacles and a detective determined to impede them.

The Mistress
(9pm, Cinema One)
The mistress of a wealthy businessman is torn between her loyalty to him and her love for a young architect connected to her in unexpected ways.

Panic Room
(11pm, FOX Movies)
Meg and Sarah hide in a panic room in their house when intruders break in. Unfortunately for them, the intruders want something that is hidden inside the room and will stop at nothing to claim it.

The Twilight Saga: Eclipse
(10am, HBO)
High school student Bella is haunted by the revengeful vampire Victoria. Amid this, she is coerced to deal with her graduation and a crucial choice between love and friendship.

UP
(12:25pm, FOX Movies)
Carl, an old widower, goes off on an adventure in his flying house in search of Paradise Falls, his wife’s dream destination.

Pare Ko
(7pm, Cinema One)
Five teenagers struggle to keep their group together as they face numerous challenges in life, love and family.

Anna
(8:05pm, HBO)
Beneath a woman’s striking beauty lies a secret that will unleash her indelible strength and skill to become one of the most feared assassins on the planet.

Forrest Gump
(4:20pm, HBO)
Forrest, a man with low IQ, recounts the early years of his life when he found himself in the middle of key historical events. All he wants now is to be reunited with his childhood sweetheart, Jenny.

Avengers: Endgame
(5:55pm, FOX Movies)
After Thanos, an intergalactic warlord, disintegrates half of the universe, the Avengers must reunite and assemble again to reinvigorate their trounced allies and restore balance.

Abraham Lincoln: The Vampire Hunter
(10pm, Cinemax)
Young Abraham Lincoln loses his mother after she is killed by Jack Barts, a vampire. He grows up wanting to kill the person who killed her mother and meets Henry Sturges, a person who teaches him how to fight and hunt vampires.

Get Out
(11:15pm, FOX Movies)
Chris, an African-American man, decides to visit his Caucasian girlfriend’s parents during a weekend getaway. Although they seem normal at first, he is not prepared to experience the horrors ahead.

Mean Girls
(3:55pm, HBO)
Cady joins a new public school and befriends Janis and Damian. They warn her to avoid the Plastics, a group led by Regina, but things get worse when she falls in love with Aaron, Regina’s ex-lover.

Amnesia Love
(5:15pm, PBO)
A gay guy meets an accident and gets washed up in a remote island. When he wakes up he does not remember anything, including his gender orientation. He spends a few weeks in the island where he develops a romance with a barrio lass, until his boyfriend is able to locate him and everything is revealed to him.

Child’s Play
(10:45pm, FOX Movies)
Karen buys her son Andy a sought-after doll for his birthday and Andy names it Chucky. Things take a turn for the worse when Andy discovers that Chucky is possessed by the spirit of a serial killer.

Aurora
(11:30pm, PBO)
Leana and her younger sister Rita look for missing bodies in the wreckage after a passenger ship runs aground on rocks off an island.

Captain Phillips
(11:10am, HBO)
Somali pirates attack Maersk Alabama, a container ship, while it is on its course to Kenya. Richard Phillips, the captain of the ship, uses his wits to negotiate with them to save his crew.

Crazy Beautiful You
(3pm, Cinema One)
Jackie is taken on a medical mission to calm her rebellious spirit. When she arrives she meets Kiko, and the two discover something crazy and beautiful together.

Vanilla Sky
(5:50pm, Cinemax)
David Aames, a publishing magnate, becomes the victim of a car crash, which scars his face. The incident changes him and compels him to question the existing reality of his life.

Lucy in the Sky
(9pm, FOX Movies)
After an awe-inspiring experience in outer space, an astronaut returns to Earth and starts to lose touch with reality in a world that now seems too small.

Saving Sally
(11pm, Cinema One)
A geeky wannabe comic book artist has a hopeless crush on a beautiful and spunky inventor.

Shazam!
(11:20pm, HBO)
After being abandoned at a fair, Billy constantly searches for his mother. His life, however, takes a huge turn when he inherits the superpowers of a powerful wizard.

Godzilla: King of the Monsters
(9pm, HBO)
The members of Monarch, an crypto-zoological organisation, must rely on the Godzilla and Mothra to defeat King Ghidorah and Rodan, after the former awakens other dormant Titans to destroy the world.

Around The World In 80 Days