The filmmakers behind the big-screen adaptation of Philip Reeve's bestselling Mortal Engines novel may have preferred casting relative newbies for the biggest female characters, but for the following roles, they went with veterans Hugo Weaving (who worked with co-screenwriters Peter Jackson, Philippa Boyen, and Fran Walsh on The Lord of the Rings and The Hobbit trilogies) and Stephen Lang (Avatar and Don't Breathe), and fan favorite Robert Sheehan (Misfits, Fortitude, upcoming TV adaptation of The Umbrella Academy).

Below, the actors talk about how they prepared for their characters in Mortal Engines’ unique dystopian world, and why they love playing them. 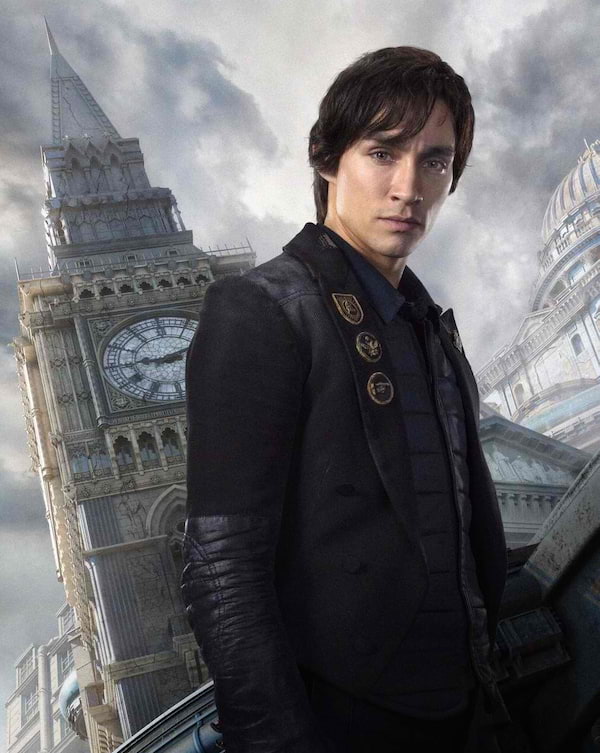 The character of Tom Natsworthy is, in many ways, female protagonist Hester Shaw’s opposite. Raised inside the traction city of London, he has no real sense of the world outside of it. “Tom is very sheltered,” Jackson says. “He has never actually touched mud or grass; he has never set foot on stable ground. His whole life has been on the move on the decks of the city of London. He has been raised to believe that anything that is not a part of the traction world is to be feared and regarded as a threat to traction cities.”

But Tom’s world is soon turned upside down and his fundamental beliefs about London—and who within it can be trusted—are tested, when he meets Hester Shaw (Hera Hilmar) and finds himself on the run with her outside the protective fortress of the city.

For Sheehan, the interplay between Tom and Hester, and the eventual deepening of their connection, was as important as the development of his individual character. “Tom and Hester are two people who endure great adversity and are chalk and cheese, but they are forced together and an inadvertent love story develops,” Sheehan says. “Hera's and my job has been mapping that love story. People have to attach to the human beings as the excitement. This story has to be anchored in humanity.” 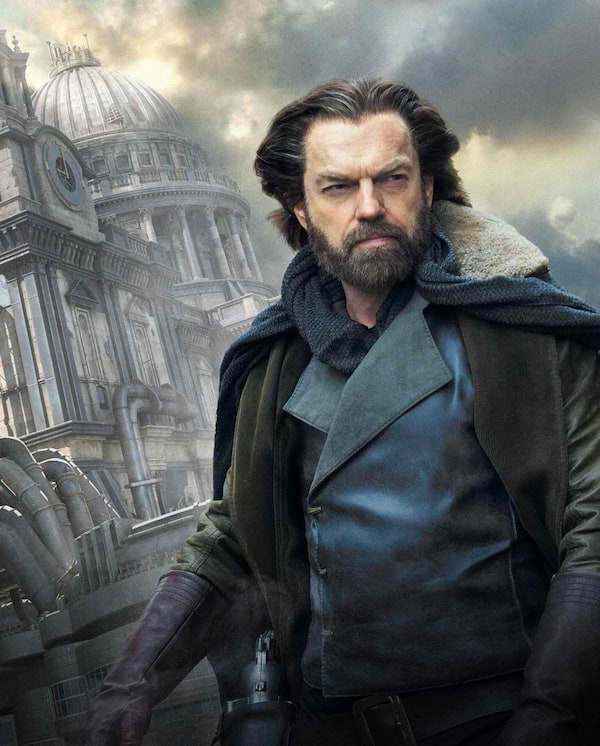 For the role of the dashing Thaddeus Valentine, the team turned to an actor they knew exceedingly well: Hugo Weaving.

Thaddeus Valentine is the city’s lead archaeologist and is admired by his fellow Londoners for his daring expeditions and important discoveries. Valentine has risen from modest origins but he now lives in rarefied air, Rivers says, having been given “special privileges and special station by the Lord Mayor, due his popularity and his promise to create a better future for London.”

But he’s also not quite who he presents himself to be and Weaving was intrigued by the duality of the role. “He’s a romantic, heroic man that everyone knows, but he is also an outsider to London and feels like a loner,” Weaving says. “He is an adventurer, very independent, highly intelligent, and quick-witted. But he also has many complexities. Those, as well as his backstory, play out as the film progresses. We then get to see a much darker side of him.”

No one was better equipped to play both sides of the Valentine coin. “Hugo has a wonderful confidence about him, and he is someone that you absolutely trust,” Jackson says. “Valentine has morals that are not straight and level, and Hugo brings this confident calmness to the character. Then he digs deep into the dark side in surprising ways.”

One of the most compelling characters in the Mortal Engines universe is the part-human, part-automata, Shrike. Hundreds of years old, Shrike is the last known “Stalker” roaming the Earth — a dead man resurrected by technology.

“They were built to kill,” Jackson says. “Human bodies were taken off battlefields and turned into the most ruthless, powerful soldiers possible. So they've had a lot of their humanity removed. They’ve got human brains inside their metal skulls, but the compassion and consciousness has been taken out of their minds. You give them a task and they do it. Now, there are no more wars to fight and so our character of Shrike has become a bounty hunter.”

Standing approximately nine feet tall, he is robotic in appearance, but he is much more than that. “Shrike is interesting because he is a programmed robotic character on some level, but also as time has gone on, he is connecting with more and more bits of the human he was before he died,” Hilmar says. “He is finding his humanity, which makes him a fascinating character.”

Although Shrike would appear as a digital character on screen, the filmmakers knew that finding the perfect person to perform the role via performance-capture was crucial. And they found that actor in Stephen Lang, who had rocketed to global acclaim in Avatar, and dazzled the filmmakers with his terrifying but empathetic performance in the thriller Don’t Breathe.

Lang was immediately captivated by the character from the moment he read the screenplay. “When I hit Shrike in the script my hair stood on end,” Lang says. “I felt in my soul that this was a heartbreakingly beautiful character and a role that I was born to play.”

Now playing in Philippine cinemas nationwide, Mortal Engines is distributed in the Philippines by United International Pictures through Columbia Pictures.  Follow us on Facebook at https://www.facebook.com/uipmoviesph/