Will Arnett and Allison Brie Return in ‘The Lego Movie 2’

If change is an issue, the last place anyone would look would be in Batman’s direction.  As he himself would surely attest, this is one rock-steady dude who does his own thing and doesn’t change for anyone.  He doesn’t even alter his color palette. It’s strictly black, and sometimes very, very dark gray.  But oh, Batman fans, there are some incredible plot twists ahead for this beloved minifigure, as the filmmakers continue to delight in messing with him.

Will Arnett says, “Batman comes with a rich tradition and we try to adhere to that, but I put my own spin on it.  Our Batman takes himself so seriously that it’s almost absurd.  It’s been so satisfying taking this iconic character and kind of bending the rules on him.  They keep feeding LEGO Batman real-life experiences to see how he deals with it, because he so ill-equipped to handle relationship-based situations, and I’m excited for audiences to see where we take him in this movie.  There are some big leaps and swings.” 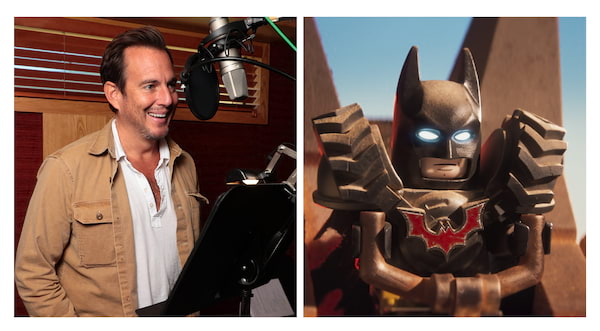 This diminutive Dark Knight starts off, as usual, assuming he’s going to be the leader and the big hero and save the day, and instead gets himself immediately kidnapped.  Not only is he suddenly not in control, but he finds himself in a world full of color and joyous music, which would be Batman’s worst nightmare on a good day, so it’s a different adventure for him in many ways, both emotional and physical.

Meanwhile, Unikitty also returns, that placid-on-the-outside, boiling-on-the-inside brick-built character who looks like a cross between a starry-eyed kitten and a pink unicorn.  She adores all things sweet, fluffy and sparkly but, despite her high sugar content, Unikitty has always had a little bit of an anger issue and present circumstances have only added fuel to that fire.  Tick her off now and she really gets her claws out—morphing into alter ego Ultrakatty, a larger, scarier, steampunk version of herself complete with spiny armor and a spiked tail.

“She tries to stay positive and happy, but when someone crosses her she unleashes a totally different cat, if you know what I mean,” says Brie. “She has two sides to her personality and in this sequel, we get to see a lot more of the second side.  The cool thing about that is they can weaponize her.  She can become a vehicle and shoot glitter flares, so she really thrives and excels in this post-apocalyptic world.” 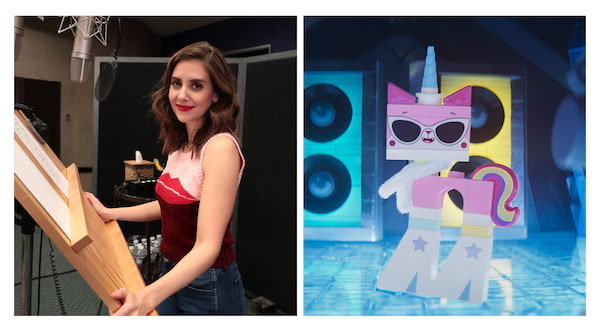 Getting herself into fighting form, Brie laughingly reveals, was spontaneous. “I never rehearsed Ultrakatty. I just reached down into the bowels of my being, screamed and unleashed the fury.  Doing animation, you use all these different elements of your voice that you’d never use for on-camera acting.”

About “The LEGO Movie 2”

The much-anticipated sequel to the critically acclaimed, global box office phenomenon that started it all, “The LEGO® Movie 2,” reunites the heroes of Bricksburg in an all new action-packed adventure to save their beloved city. It’s been five years since everything was awesome and the citizens are facing a huge new threat: LEGO DUPLO® invaders from outer space, wrecking everything faster than they can rebuild.

The battle to defeat them and restore harmony to the LEGO universe will take Emmet, Lucy, Batman and their friends to faraway, unexplored worlds, including a strange galaxy where everything is a musical. It will test their courage, creativity and Master Building skills, and reveal just how special they really are.

Reprising their starring roles from the first film are Chris Pratt as Emmet, Elizabeth Banks as Lucy (aka Wyldstyle), Will Arnett as LEGO BatmanTM, Nick Offerman as Metal Beard, and Alison Brie as Unikitty. They are joined by Tiffany Haddish, Stephanie Beatriz, and Arturo Castro as, respectively, new characters Queen Watevra Wa-Nabi, Sweet Mayhem and Ice Cream Cone.

Just Another Brick: A Review of 'Lego Movie 2'

Hang on to your fronds! Emmet ventures to another universe in the brand new trailer for the big-screen animated adventure “The LEGO® Movie 2” from Warner Bros. Pictures. 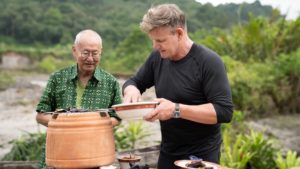