This time around, death makes a killer comeback when both our hero Tree Gelbman and her friends are caught in a twisted death loop, reliving the same day over and over.

As director-writer Christopher Landon developed the characters in Universal Pictures’ new suspense thriller 'Happy Death Day 2U' — the sequel to the 2017 acclaimed box-office hit Happy Death Day — it was important to give unexpected arcs to supporting players. 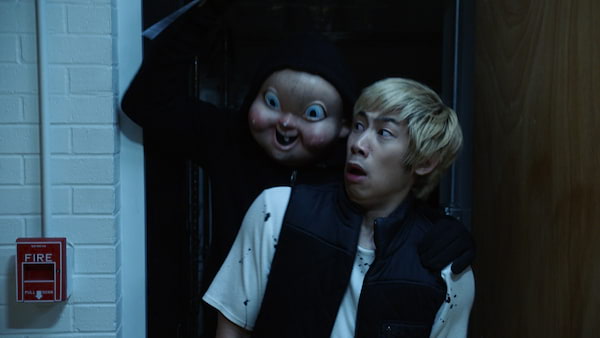 A great example is with Ryan (Pitch Perfect’s Phi Vu), Carter’s (Israel Broussard) annoying roommate: “Last time, Ryan was just a douchey guy barging in the room,” Landon says. “Happy Death Day 2U picks up just where the last film left off. We shot that scene when he interrupts Tree and Carter kissing from Ryan’s point of view. Where before Ryan was just this random guy barging in, now we discover he’s a brilliant, shining star in the science department—one who has created a device that loops time.”

In the film, Ryan whose fascinating ability to always be in the wrong place at the wrong second, has spent his college years building a machine designed to prove that time can be slowed down to the molecular level. Alongside his fellow aspiring engineers, Ryan and team are this close to perfecting the Sisyphus Quantum Cooling Reactor (SISSY) and becoming candidates for a Nobel Prize (or blowing up Bayfield University and everyone within a 100-mile radius, whichever comes first). 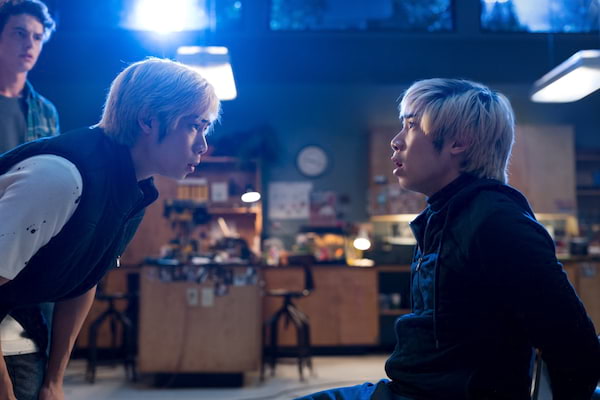 When Tree (Jessica Rothe) wakes up to find that it’s Ryan’s meddling with the natural order that has brought havoc to every dimension, she must rally the troops to get to the real source of the time jumps and fix it for good.

Back as Ryan and the key to the time loop that keeps trapping Tree, is Phi Vu. The actor took a relatively small part in the first film and made it unforgettable. That wasn’t lost on his co-star. “I have to give Phi huge props,” Rothe says. “He’s done an incredible job stepping up to the plate. Again, it’s such an amazing opportunity that Chris has created with this sequel because we get a bigger insight into these other characters’ lives. We get to expand upon this world we think we already know, and it becomes apparent how complex and layered it really is.” 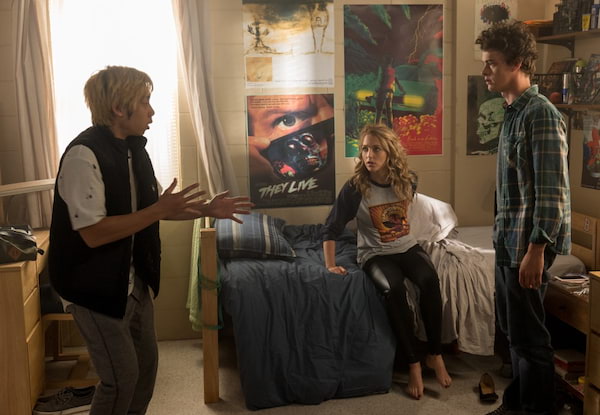 In the last film, we are led to believe that Ryan is merely this obnoxious roommate who thinks of Tree as Carter’s one-time hookup. What we don’t see until the sequel is that it is Ryan’s genius (and meddling with the laws of time and space) that has created this mess that has trapped Tree and flummoxed everyone’s destiny. “This whole debacle is because of Ryan,” Vu says. “He is this accidentally mad scientist who built this very complicated machine that loops time. What he created is something beyond his imagination.” The actor says that his favorite part of the new film is “coming across the alternate Ryan. I’m pretty sure everyone in the world would love to see their double self.”

About 'Happy Death Day 2U'

Jessica Rothe leads the returning cast of Happy Death Day 2U, the follow-up to Blumhouse’s (Glass, Split, Get Out, The Purge series) surprise 2017 hit of riveting, repeating twists and comic turns. This time, our hero Tree Gelbman (Rothe) discovers that dying over and over was surprisingly easier than the dangers that lie ahead.

When last we left Tree, she saved herself from a certain death at the hands of her roommate Lori (Ruby Modine, Showtime’s Shameless) as she kicked the psychopath out of the Kappa Nu sorority window. Tree’s never-ending birthday was FINALLY over, and she managed to start an entire new life…swearing to never repeat her old mistakes again.

Or so she thought.

Jessica Roth will be leading the returning cast of 'Happy Death Day 2U', the sequel to Blumhouse's 2017 hit of riveting, repeating twists and comic turns.

Hot-off the success of Netflix favorite 'To All the Boys I've Loved Before' the actor returns as Carter in new suspense thriller 'Happy Death Day 2U,' the sequel to 2017 film 'Happy Death Day.'