Just Another Brick: A Review of ‘Lego Movie 2’

I loved ‘The Lego Movie’ and ‘The Lego Batman Movie.’ And I really didn’t think I would. On the flipside, I really didn’t enjoy ‘The Lego Ninjago Movie.’ The concept worked wonders in the first one — a hero’s story in a Lego world with a surprise twist involving the human world that shapes the stories of the characters in the Lego world — and I don’t even remember if the twist played out in ‘The Lego Batman Movie’ but I vaguely remember that it does to a certain extent in “The Lego Ninjago Movie.’

The fact that I don’t remember much is very telling. What I remember most from ‘The Lego Movie’ was all the laughs that I wasn’t expecting to have, the meta jokes and the many characters from any existing Lego set available, and the world outside of the world story that amplified the existing adventure. I don’t remember a thing about ‘The Lego Batman Movie’ or ‘The Lego Ninjago Movie’ except that the former was funny and the second wasn’t. 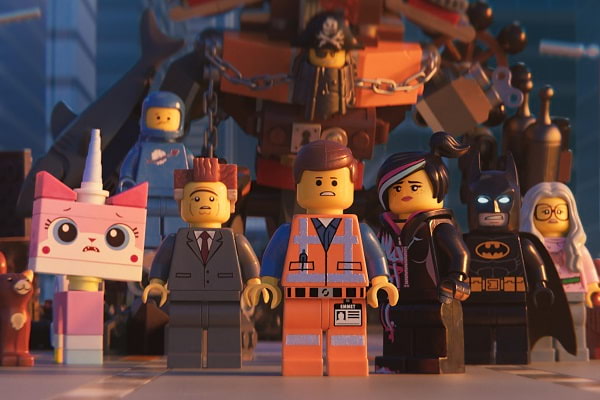 It’s the humor that really sets the movies apart and makes them memorable. So, I was apprehensive coming into ‘The Lego Movie 2’ because the trailer didn’t strike me as particularly funny, but neither did ‘The Lego Batman Movie.’ So I was willing to take the chance.

The sequel to the first hit movie doesn’t bring in the laughs like the first movie does. A lot of the jokes just don’t land. There are still laugh out loud moments but as a whole, the film feels like an overdone shtick that was funnier the first time. There’s a strong element of heart that comes from the interweaving of the Lego world story and the human world story. That’s when the film shows its great story potential. When it is involved in the interaction between the Lego characters — Lucy, Emmet, Batman, and the rest — and the human characters that is controlling their world: in this case, the more grown-up Finn and his younger sister Bianca. 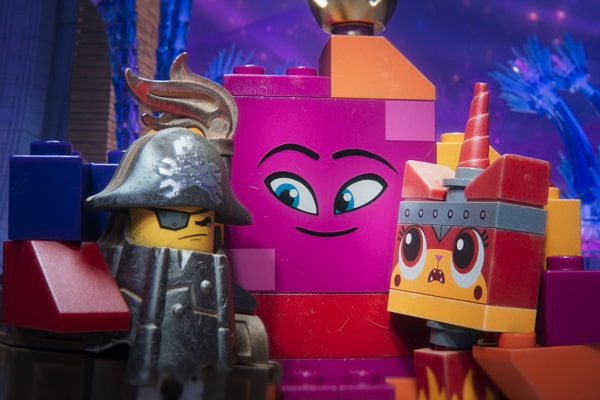 ‘The Lego Movie 2’ works as a comedic adventure (it’s main mood) and a dissection of the children’s creativity and their relationship (a secondary, larger story). It’s the secondary story that is the more interesting one, but that takes second string. I feel that the film relies too much on the jokes, which makes sense because that’s what made the first two Lego movies so popular and beloved. But when the jokes are tired or not landing, then the film doesn’t take flight. 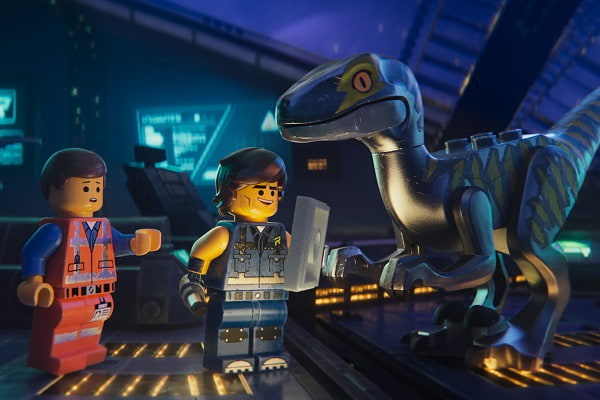 Because as Emmet’s character remains the same — he still thinks everything is awesome — the world around him wants to be tougher and edgy. The film then becomes an argument and debate about how we view what is dark versus that which is light. It’s a political statement about pop culture and its tendency to veer towards the tragic, the edgy, and pathos. It mines these concepts for whatever comedic effect it can make, but it’s a really interesting question that it poses: is dark, rebellious, and edgy really so much “cooler” than stories and narratives that are light and cheerful and joyful? Can’t everything be awesome?

They have a song for this exact question and it’s in these moments that the film really shines; that it shows the genius that was there in ‘The Lego Movie.’ The sequel now just feels like it was too busy to be as funny that it forgot that it’s at its most clever when it has something to say. Less jokes, more story. It’s there. Amazing voice acting, a whole lot of fun and unexpected song numbers, and so much potential for real narratives rather than a host of gags that serves to distract rather than amplify its rather powerful message.

Hang on to your fronds! Emmet ventures to another universe in the brand new trailer for the big-screen animated adventure “The LEGO® Movie 2” from Warner Bros. Pictures.
0