At the May 8 press junket of 'Aladdin,' Disney Philippines revealed to the media that Darren Espanto and Morissette are the chosen two to give a whole new voice to the iconic duet 'A Whole New World,' first recorded by Brad Kane and Lea Salonga in 1992.

At the May 8 press junket of 'Aladdin,' Disney Philippines revealed to the media the two local singers that will give a whole new voice to the iconic duet 'A Whole New World,' as a way for the film to connect to the Philippine audience even better.

Darren Espanto and Morrisette are both excited and up to the challenge to share their own rendition of the Aladdin duet, potentially making 'A Whole New World' the biggest LSS stuck on our heads for the next few weeks, especially right after we've gotten to see the anticipated live action version in the big screen!

Aside from recording the official track of 'A Whole New World,' the two artists are also releasing a music video for the song. While Darren and Morrisette have previously worked together and performed on the same stage, it is the first time the two has worked on a recording track as a duet. 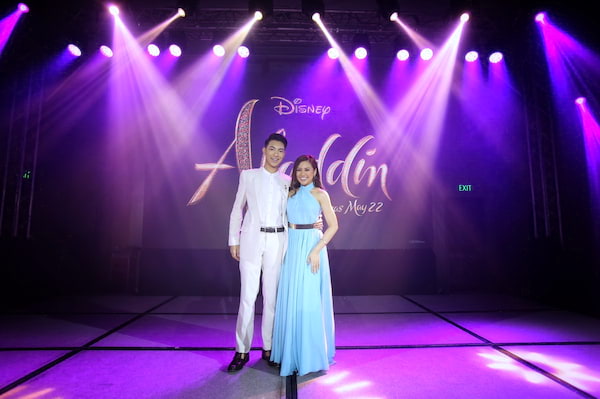 At the press junket Darren shared to the audience how 'A Whole New World' was something different for him, making him discover a different style that is more theatrical compared to his signature singing style. Morissette also adds that they were able to find different facets of their voices. 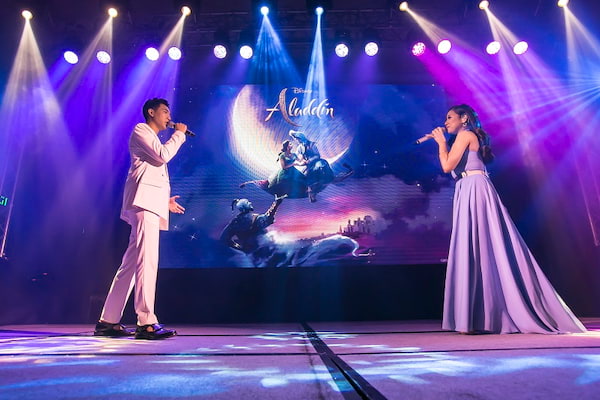 First recorded by Brad Kane and Lea Salonga in 1992 for the animated feature, 'A Whole New World' received an Oscar for for Best Original Song at the 65th Academy Awards, and was also announced as Song of the Year at the 36th Annual Grammy Awards. In the upcoming live action film, actors Mena Massoud (Aladdin) and Naomi Scott (Jasmine), will perform the beloved song. Alan Menken returns to score the live action film and joining him are Oscar-winning songwriters Benji Pasek and Justin Paul (La La Land). The films's official soundtrack is set to be released within this week and will feature both our favorite, classic songs, new and reworked lyrics, and a new solo song featuring Jasmine. 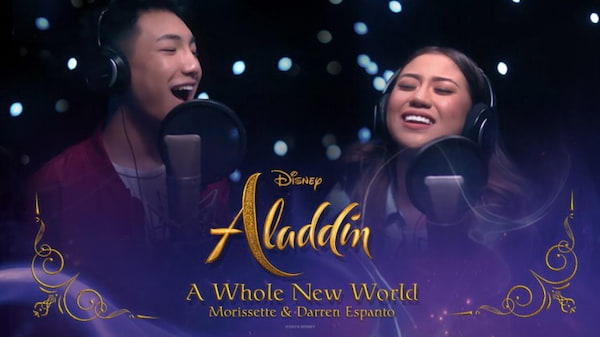 'A Whole New World' track featuring Darren Espanto and Morissette will be available on Spotify, and the official music video will roll out on television and online channels soon.

'Aladdin' opens in cinemas nationwide on May 22, 2019. You can already purchase opening day tickets through ClickTheCity!

Aladdin and Princess Jasmine opened in 494 cinemas nationwide last May 22 and raked in an impressive P212,197,892 on its first six days, making it the number one film over the weekend.

In ‘Aladdin,’ Jasmine Shines as The More Compelling Character

What is a welcome change is how ‘Aladdin’ beefs up Jasmine’s role, turning her from a love interest into a whole character with clearly determined wants and ambitions.

Watch our exclusive interview with Darren Espanto and Morissette, plus a clip of their duet of Aladdin's iconic soundtrack!

Starting May 22, dreams and wishes are once again coming true as Disney brings the live-action adaptation of its iconic 1992 feature film.

The full trailer for Disney's live-action adaptation of Aladdin is here, and we finally got to hear the songs we've always loved and should definitely look forward to from the upcoming film!

WATCH: Aladdin Sneak Peek Features a Blue Will Smith as the Genie

See the new look of Aladdin's Genie in this sneak peak from Disney.

Walt Disney Pictures has revealed the teaser trailer for “Aladdin,” the live-action adaptation of the studio’s animated classic.

The highly anticipated live-action adaptation of the Disney classic just revealed its teaser trailer, and it gives us a first look of the magical Cave of Wonders. Watch it here!
0