In the Dog House: A Review of ‘The Queen’s Corgi’

‘The Queen’s Corgi’ is a strange experience in the theater. Jack Whitehall’s voice acting of Rex leaves no space for sympathy. He is an entitled spoiled brat, through and through, and it was hard for me to connect with him.

‘The Queen’s Corgi’ takes the familiar template of the elite, entitled, spoiled, and very self-assured protagonist who is taken away from their comfort zones and learns humility and discovers what is truly valuable in life. There are countless of films that follow this narrative structure, so the full selling point of the experience is what sets this apart from so many films like ‘The Emperor’s New Groove,’ or ‘Trading Places,’ or even films like ‘Blue Jasmine,’ or even a superhero movie like the first act of the first ‘Iron Man.’

The animated film ‘The Queen’s Corgi’ is the story of Rex (voiced by Jack Whitehall), Queen Elizabeth’s favorite Corgi. As her favorite, Rex is treated like royalty, with special privileges that has gotten to his head as he gets older. He’s vain and arrogant and is quick to lord it over the Queen’s other three Corgis, Nelson, Charlie, and Margaret. He’s so spoiled that when the Queen plays fetch with him, he has an attendant chase after the thrown slipper, hands it to Rex, who then hands it back to the Queen.

He is so loved that even The Duke of Edinburgh, The Queen’s husband is jealous of the dog.

When Rex falls out of line and starts trouble at the official state visit of President Trump, he is put in his place by the Queen herself and feeling rejection for the first time, he is persuaded by his best friend, Charlie, for both of them to run away. In his first time out of the palace and with no attendants, Rex finds himself quickly betrayed and then in serious trouble until he finds his way to a dog pound.

Here, he discovers the many different kinds of dogs — dogs of different breeds from different backgrounds — and he must navigate through the complex personalities if he wants to find a way back into the palace and back as “Top Dog” of the Queen. And of course, he also finds love.

Knowing nothing of the film coming in, I was expecting to see a cutesy family film about a spoiled and conceited protagonist humbled by circumstance and learning (and earning) his rightful place in the world and finding out what is truly valuable.

To my surprise, I came into a theater filled with children, to see a movie with shocking humor and some very politically charged themes, and a conclusion with an eyebrow raising resolution. The film treats the Queen’s Corgis as children so there are a lot of statements being made about parenting — playing favorites and allowing the pets (the metaphor for children) to get away with everything and raising them to become entitled spoiled brats — which is quite clear and powerful. So Rex’s journey from most favored in the palace to a nobody in the pound (the real world) was quite a strong dramatic situation.

What bothered me was that how he gets out of the trouble he finds himself in when in the pound (caused by his haughty and condescending personality) is from the friends he makes who help him because they pity him. His greatest moment of strength, when he rouses the other dogs to fight against the dogs who are bullies, is great except it is not a selfless act but a self-serving one. At the end of the day, all the dogs help Rex to get back to the palace because that is his proper place. There are shades of keeping everyone in their place within the social strata and that the end goal is essentially being royal or as close to it as possible.

There is also a rather extended comedic situation when Trump’s own Corgi is being set up with Rex and because she’s from Texas, and made up like Melania, that she is termed “ugly” by all the British Corgis. She then makes strong sexual advances on Rex, tantamounting to sexual harassment really, and it is played for laughs and it lasts for something that feels like 10 minutes.

The children all around me in the cinema found the slapstick jokes funny but I felt disturbed by this comedic execution of what could be interpreted by sexual aggression. It made me feel very uncomfortable.

While I do enjoy how they satirise Trump and make him appear exactly how one would imagine him in real life — that’s my political view, of course — it just reinforced my belief that this might be a film not really suited for children. Or maybe it’s fine for British children who may get this sort of humor.

‘The Queen’s Corgi’ is a strange experience in the theater. Jack Whitehall’s voice acting of Rex leaves no space for sympathy. He is an entitled spoiled brat, through and through, and it was hard for me to connect with him. Explaining what I experienced of the movie with my brother and him explaining to me, “Oh, that’s Jack Whitehall” tells me that this is a certain brand of humor that I do not get. It’s not for everyone, for sure. 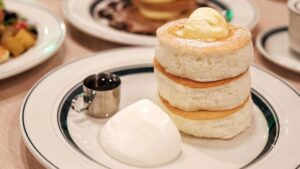