The Joker: A Retrospective

With The Dark Knight primed to enter our cinemas this week, it would appear to be a good time to take a look back at the exploits of everyone’s favorite costumed crusader. But let’s be honest: between the comics, the five movies (six if you count the Adam West one), the sixties show and his various appearances in animated form, everyone knows who Batman is, and you don’t need me to guide you through the character.

The Joker’s beginnings are subject to a degree of controversy. He first appeared in 1940, in the pages of Batman #1, written by Bill Finger with art by Bob Kane and Jerry Robinson. Robinson claims to have created the character after being inspired by a deck of playing cards. Finger and Kane disputed this, claiming that the design of the Joker was inspired by the ghastly image of Conrad Veidt from the 1928 film The Man Who Laughs. The film was an adaptation of a Victor Hugo novel. It’s about an English nobleman who as a child, had his face mutilated into a clown’s visage, a permanent grin carved into the edges of his mouth. Robinson claims that they only thought of Veidt after having seen the playing card. The resemblance to Conrad Veidt is unmistakable, however: the white make up, the painted eye bags, and the wild, manic grin.

It’s confusing, but it hardly seems to matter. It’s not where he started that makes this character so great. It’s where he went. Throughout the years, the Joker proved himself to be the perfect counterpoint to the Batman character, perhaps the greatest villain ever created.

It’s hard to get a good grasp on the Joker character. There have been so many versions of him over the years, as the tastes of writers, audiences and even government changed and changed again. He’s also a terribly complex idea of a character, one that has provided some of the headiest, most complicated stories in the history of comics. Summing up the character in bullet points seems futile, but here are some of the key character elements that have cropped up over the years:

POWERLESS: Like Batman, the Joker is not superpowered. He can’t fly, he can’t shoot lasers from his eyes, and he can’t lift a dump truck. The threat of the Joker isn’t that he’s so much stronger than you, or that he possesses abilities far beyond the human norm. It’s too easy to imagine growing mad with power. It’s much more terrifying to imagine that people can go so wrong with so little.

MAD GENIUS: The crux of Joker’s abilities as a criminal is that he’s mad enough to dream up the most improbable schemes. He succeeds because normal people just don’t have the imagination to defeat his schemes. He will always find an opening that no sane person would even think about, using methods inconceivable by anyone thinking straight.

MURDERER: This wasn’t so prevalent in the fifties and sixties, where the paranoia about comics turned Batman into a campy crime fighter who drove around in the daytime. But the Joker was introduced as a brutal murderer. He has no qualms about killing people, and in fact, takes joy in it.

” style=”float:left;margin-right:10px;”>CESAR ROMERO – Batman: the TV Series (1966): Government paranoia about how comics were affecting the youth pretty much neutered comics through the fifties and sixties. Batman, in particular, underwent a radical change from its dark inception, and turned completely silly. The 1966 TV series followed this tone, and we got a pretty campy Joker as a result. Cesar Romero played an almost subdued Joker, who seemed to treat crime like a hobby. Romero did look the part, though, and he really brought a manic glee to the role that manages to be endearing.

Batman (1989): Tim Burton’s Batman formed its own mythology and gave the Joker a real identity. In the film, he’s Jack Napier, a mob captain and all around bad guy who murdered Bruce Wayne’s parents and is sleeping with his boss main squeeze. Nicholson’s performance is pretty memorable, mostly because he’s Jack Nicholson. His participation in the film was notoriously difficult, with him making all sorts of demands, from script rewrites to control over his own shooting schedule. While it’s hard to argue against the strength of any Nicholson performance, what we got from him didn’t seem very imaginative.

” style=”float:left;margin-right:10px;”>HEATH LEDGER – The Dark Knight (2008): I’ve seen The Dark Knight, and I have to say, Ledger’s performance is really great. His Joker is a far more complex creature than we’ve seen on screen before. His Joker carries a real sense of danger about him, an unsettling, magnetic coldness that’s impossible not to watch. His Joker is more than a criminal. He’s Joker the anarchist, more an unpredictable force of nature than a human being. He’s everything that could go wrong, and inevitably, will go wrong. This was a defining performance.

” style=”float:left;margin-right:10px;”>BATMAN: THE MAN WHO LAUGHS by Ed Brubaker and Dough Mahnke

Set just after the events of Batman: Year One, which fleshed out Batman’s first years as a crimefighter, The Man Who Laughs tells the tale of Joker’s first few crimes post-transformation. It’s a great story, one that really captures what makes the Joker so dangerous. 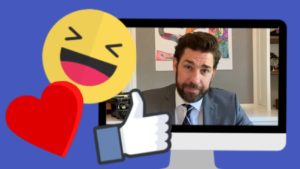