The animated film entry to the 2008 MMFF opened its studio and launched its official movie website.

The company uses the latest digital tools to push for progressive output, and new ways of thinking in the creation of animation, original music, sound design, offline and online editing, and visual effects.

This is exactly why “Dayo” is being produced. “Dayo” (Wanderer) is a full-length animated feature that combines paperless 2D and 3D technologies.

Its narrative centers around an 11-year old kid named Bubuy (voiced by Nash Aguas) who is out save his beloved grandparents abducted into Elementalia – a fantasy land abounding with strange flora and fauna, and a host of popular creatures from Philippine lower mythology.

Bubuy meets Anna manananggirl (voiced by Katrina Legaspi), a hyperactive teener with a special affection for all things human – but not of a tummy-filling kind. Both Bubuy and Anna take on a wild, will-testing, and wonderfully funny adventure all over Elementalia – from a massive falls teeming with gravity-defying merfolk; to an awe-inspiring crystal cave that houses a swarm of colorful alitubi; to a grand old tree that’s home to a motherly female kapre; and finally to a majestic mountain guarded by a big pack of hungry aswangs.

“Dayo,” directed by Robert Quilao, and touted by the Animation Council of the Philippines to revolutionize the local animation industry, opens in cinemas in December 2008 along with the other seven official entries to the MMFF.

For more information about the animated film, contact Cutting Edge at 818-3343 or info@cuttingedge-prod.com or visit www.dayomovie.com. 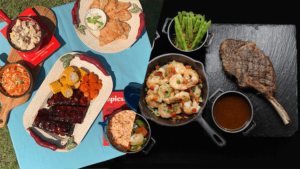