The News and Trailers Unveiled at The San Diego Comic-Con

Here are the biggest reveals at the SDCC!

For all comic and pop culture fans, the San Diego Comic-Con is the con. It’s a four-day affair from July 18 to 22, filled with nonstop news on our favorite TV shows, film franchises, and more!

To keep you updated, here’s a roundup of some of the biggest news revealed at the San Diego Comic-Con (SDCC).

Now THAT was a #HallH panel! What #Marvel title are you most excited about? #SDCC pic.twitter.com/rLXZ2GlQUW

The two-year lineup for the Phase 4 of the Marvel Cinematic Universe has been revealed by Marvel Studios President Kevin Feige. The last phase ended with Spider-Man: Far from Home, which followed the Avengers: Endgame, now officially the biggest movie of all time. The phase four that Feige revealed is comprised of five films: Black Widow, Eternals, Shang-Chi and the Legend of the Ten Rings, Doctor Strange in the Multiverse of Madness, and Thor: Love and Thunder; and five TV series that will be available at Disney+ which include: The Falcon and The Winter Soldier, WandaVision, Loki, What If…?, and Hawkeye. There is also a Blade reboot that was announced although it wasn’t revealed if it will be part of the phase 4. To know more, check out our full MCU news rundown at After Endgame: Guide to Marvel Cinematic Universe Phase 4.

In an interview with IMDb, screenwriters Christopher Markus and Stephen McFeely together with directors Anthony and Joe Russo revealed a shocking Avengers: Endgame scrapped scene.

“When Thanos comes back,” McFeely shared, “and he comes through a hole that Nebula has created and all that, we had to decide what the playing field was for that final battle and one of the ideas was that, he creates this time rift and [Nebula] opens the time rift, he walks through from 2014 Earth where he’s already gone and laid waste to the whole place and so our heroes come out of the dust, they see this figure walking toward them, he crosses from light to dark, and it’s Thanos and he tosses something at their feet and it rolls and lands on Steve’s feet and it’s his own head.”

Now that’s some dark scene right there that never made the final cut!

Brandon Routh who played the titular role in 2006 film Superman Returns, is really returning to wear the same, yet quite different, mantle of the DC superhero. At the Arrowverse panel in the SDCC, Routh teased with his shirt the Kingdom Come version of Superman in the franchise’s Crisis on Infinite Earths crossover. The said version is a stronger Superman from an alternate universe. Tyler Hoechlin, who originally plays Superman in the franchise will also be at the Crisis.

The Trailers Revealed at SDCC

As expected, a lot of trailers, teasers, and featurettes for upcoming films and shows had been revealed at the SDCC. Check them out by clicking the titles below:

Even though the SDCC has been a lot more about films and TV shows lately, the event is still about comics! The Will Eisner Comic Industry Awards have been given out and here are some of the winners:

Best Publication for Early Readers (up to age 8): Johnny Boo and the Ice Cream Computer, by James Kochalka (Top Shelf/IDW)

Best Publication for Teens (ages 13-17): The Prince and the Dressmaker, by Jen Wang.

PrevPrevious10 Bars in Metro Manila to Visit for Your Chill Mid-Week Drinks
NextLOOK: New Posters for ‘Dora,’ ‘Cats,’ and More!Next 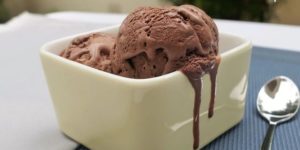 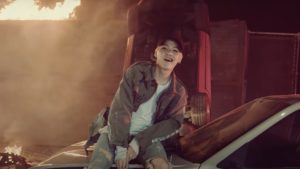