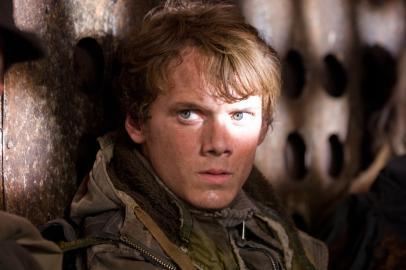 Yelchin portrays the teenaged Kyle Reese who will eventually travel backwards through time to save Sarah Connor (in the first Terminator). In the new film, Kyle is still a young man, struggling to survive himself. “He’s scrappy; he’s a gritty survivor,” says director McG. “I needed those qualities to be evident in a younger version of Michael Biehn, who played the adult Kyle in The Terminator, because our story takes place some ten-odd years before he’s sent back in time.”

Yelchin, a “Terminator” fan for as long as he can remember, was thrilled with the prospect of portraying Kyle Reese in his teenage years. “McG and I talked about what he is going through as a kid to then become the intense guy in the first film,” he muses. “Why is he so tough and strong when he’s older? And you see that he already had elements of that as a kid. Kyle has survived from one day to the next, eating whatever he can find. He’s out there surrounded by T-600s and other human scavengers who aren’t all friendly.” 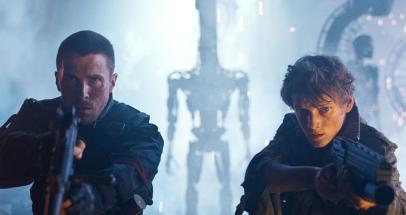 While Kyle listens to the shortwave radio broadcasts delivered by John Connor, dreaming of joining him in the Resistance, John Connor (Bale) is himself searching for Kyle. “Connor is looking for Kyle Reese, who is his father, but is at this point still just a teenage boy,” says Bale. “Kyle has no idea of the important role that he will play in the future, and Connor can’t tell him. Time travel can really mess you up,” he smiles. 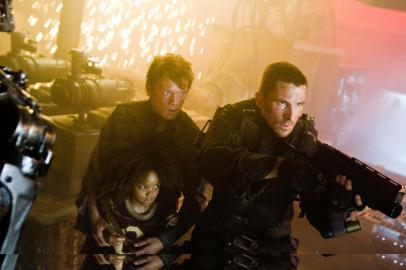 At the beginning of the film, Kyle encounters the mysterious Marcus Wright (Worthington) whose last memory is of being on death row. Adrift in this strange, new world, wearing stolen clothes and struggling to come to grips with what happened to him after “death,” Marcus is saved from a Terminator aggressor by Kyle. “Marcus ends up in an abandoned building where this T-600 starts firing at him,” Yelchin describes. “And out of nowhere, a kid runs in, grabs him and saves him. And that kid is Kyle Reese. We hear him say, as he did in the first film, ‘Come with me if you want to live.’”

Opening across the Philippines on May 27, Terminator Salvation is distributed by Columbia Pictures, local office of Sony Pictures Releasing International. Visit www.sonypictures.com.ph to see the latest trailers, get free downloads and play free movie games.