Creating Carl, the Lovable Balloon Salesman in ‘Up’

Carl Fredricksen is not your average hero.

Carl Fredricksen (voice of Ed Asner) is not your average hero, in Walt Disney Pictures and Pixar Animation Studios’ latest comedy-fantasy “Up.” He’s a bit of a grouch, but a grouch you can love. 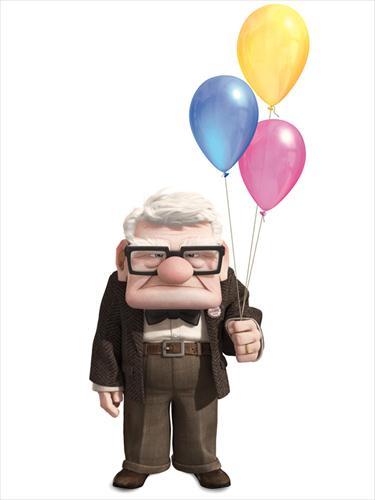 He’s a retired balloon salesman who is forced to leave the house he and his late wife, Ellie, built together. But instead of moving into the old folks home, Carl takes action. He may be a senior citizen, but he’s not ready to give up; he’s going to live the rest of his life on his terms. He ties thousands of balloons to the roof, lifts the house into the air, and sets off toward South America, fulfilling the promise he made to his wife so many years before.

Carl’s grand plan is challenged with the discovery of an unexpected stowaway, the optimistic, overly eager Russell. Carl’s journey tests more than his patience when the duo must survive the extreme weather, treacherous terrain and strange inhabitants of a lost world – as well as each other.

With their highly caricatured design, the characters in “Up” posed lots of challenges to Pixar’s team of animation experts and designers. For Carl, they had to learn how to get nuance, emotion and a full range of motion into a character that is three heads high and basically square. 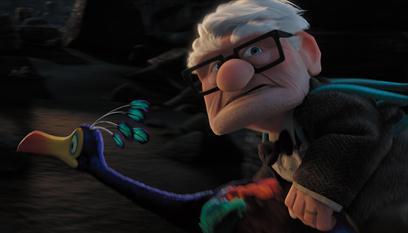 “With Carl, [director] Pete Docter wanted an old man who had literally shrunken in his suit and was swimming in this thing,” says Scott Clark, the film’s supervising animator. “The problem was Carl didn’t look like he had any knees or elbows, so we had to really come up with some innovative ways just to show a break in the cloth. We ended up lengthening his arms and legs so that you would see the break. He is probably the most caricatured thing we’ve ever done. It’s a real testament to our animation crew that they could actually get complex emotions other than just cute or happy out of Carl and Russell. There’s some pretty heavy scenes and great acting.”

But Carl needed a voice, too. Says Docter, “We had this list of attributes that we wanted him to be—grouchy, curmudgeonly—but with a soft side that you knew he really cared about people. And funny. We definitely needed funny. And the name that just kept coming up again and again was Ed Asner. It was like he was born to play this role.” 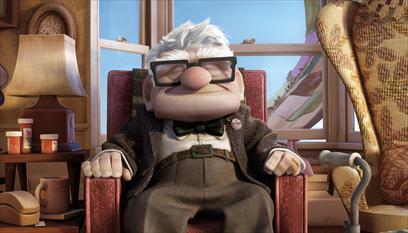 “As soon as we had Ed Asner on board to do the voice, we had Carl,” adds Clark. “You heard it and you had the character. It gave us something to hang the animation on.”

“Ed Asner is the most likeable curmudgeon that you could possibly ask for,” adds John Lasseter, executive producer and chief creative officer for Walt Disney and Pixar Animation Studios. “The goal with all Pixar characters is to make them as appealing as possible and Ed brings that to the role of Carl. We’re so honored to have him on the film.”

“I like this character because he dreams beautiful dreams, and he’s willing to fight the dogs of society to maintain them,” says Asner. “I respect that enormously. I think it’s quite a story that this old man is able to transform his adoration for his late wife into a grudging final acceptance of a love for a young boy who needs his love.”

Opening soon across the Philippines, “Up” is distributed by Walt Disney Studios Motion Pictures International.