Even if you can't make it all the way to Taguig, you can actually view part of Cinemanila online.

I’ve heard more than one complaint that Market Market isn’t very accessible, and that’s keeping people from attending the festival. Well, even if you can’t make it all the way to Taguig, you can actually view part of Cinemanila online. 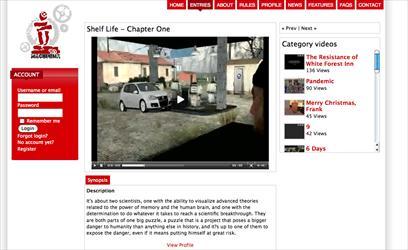 The Machinima program received a surprisingly large number of entries, and all of it can be viewed in Flash format at the Cinemanila Machinima website (http://www.cinemanilamachinima.org). There are entries from all around the world, telling all kinds of stories through pixels and polygons. The quality varies, of course, but there’s a lot of interesting stuff to be found in here.

The winner of the competition, Shelf Life – Chapter One, is a great showcase for how far Machinima has come in the last few years. The creators, Pixel Eyes Productions, really push the envelope of filmmaking within game environments. This isn’t just voices being dubbed over game events. Watch out for all the clever camera angles and dramatic editing that really set this piece apart from the rest of the entries. It’s can be quite easy to dismiss Machinima as a lesser art form, but that would be a mistake. It’s obvious that these filmmakers really know their stuff. They’re just using different tools to tell their stories, getting around the limitations set by an industry resistant to new voices.

It’s interesting after Paul Schrader’s rather sobering talk about how the industry is having a crisis of technology to watch all these brash young voices completely ignoring the typical method of distribution, and even the typical method of filmmaking. They’re skipping ahead, using whatever tools are available to them to tell their stories. In the end, again, stories will be find a way to be told. 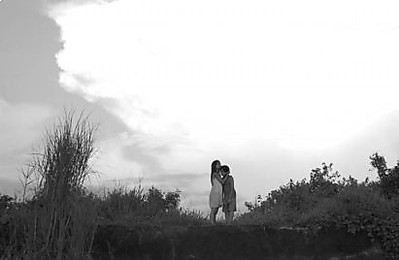 Before the screening of Dolores, the director introduced the film by saying that he wanted to bring attention to a problem that often gets ignored. That’s an admirable goal, but this movie really misses the mark. The titular character is a blossoming young girl who gets a lot of undue, unwanted attention from her immediate family, suffering many lecherous looks and the occasional stray hand from her grandfather. Things get worse when an uncle of hers moves in with the family, and the abuse becomes more overt and more dangerous. The movie begins well enough, submerging audiences in the odd rhythm of the family’s life, but it quickly devolves into schlock. By the time the film movies into the third act, nothing in it makes any sense, the characters so far removed from logic and reality that whatever intentions they had of addressing of any real issues fades into the ether. It would be funny if the movie didn’t take itself so seriously, but it seems completely convinced of its own importance. All that and the film doesn’t look very good either, and many of the performances go way overboard. Sadly, nothing really works in this film. 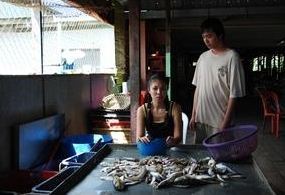 Woman on Fire Looks For Water is kind of refreshing after watching film after film that tackles the complications of modern relationships. The movie is set in a small fishing village in Malaysia, populated mostly by Chinese people who haven’t really gotten around to being fully integrated into the modern world. And thus, relationships are remarkably traditional, romance not nearly as important as a sense of propriety. The movie follows a young frog seller and his relationship with a girl who works at a place that dries fish. The guy wants to marry the girl, but she says she’ll only accept once he has enough money to support her. We follow them through their very quiet, simple lives, playing out a kind of romantic relationship that most people won’t be very familiar with. Meanwhile, a subplot concerning the boy’s father and a long lost love brings layers to this tale of strange love in strange lands. Again, I fear that most people are ignoring the Southeast Asian section, but this program is delivering a lot of inventive cinema.