Sarah Jessica Likes What She Hears ‘About the Morgans’

Sarah Jessica Parker stars opposite Hugh Grant in thr new romantic comedy 'Did You Hear About the Morgans?'

A celebrated icon in film and television as well as fashion, Sarah Jessica Parker has always expanded upon her impressive collection of credits through her remarkable range and effortless style. After headlining such blockbuster comedies as “Failure to Launch” and “Sex and the City: The Movie,” the Emmy-winning actress now stars opposite Hugh Grant in Columbia Pictures’ new romantic comedy “Did You Hear About the Morgans?” 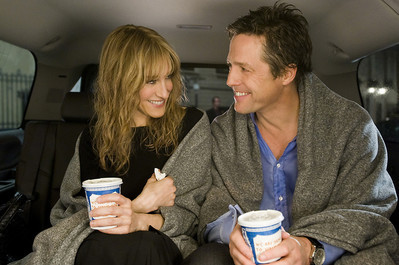 The film follows a highly successful Manhattan couple, Paul and Meryl Morgan (Grant and Parker), whose almost-perfect lives have only one notable failure – their dissolving marriage. But the turmoil of their romantic lives is nothing compared to what they are about to experience: they witness a murder and become targets of a contract killer. The Feds, protecting their witnesses, whisk away the Morgans from their beloved New York to a tiny town in Wyoming , and a relationship that was on the rocks threatens to end completely in the Rockies … unless, in their new BlackBerry-free lives, the Morgans can slow down the pace and rekindle the passion. 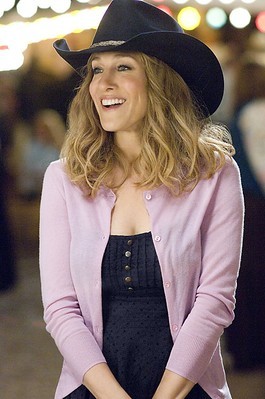 “At heart, Meryl is an incurable romantic,” says writer-director Marc Lawrence. “She’s very idealistic about love. She’s outgoing and charming and gregarious, but a certain innocent part of her has been robbed by her experience, her husband’s infidelity.”

Parker was excited for the opportunity to work with Lawrence whose credits include “Two Weeks Notice” and “Music & Lyrics.” “He had such a spotless reputation, and everybody that I could find to talk about him with just loved him. I knew I wanted to work with him and I really liked the idea of the story.”

The way Lawrence had written Meryl appealed to Parker, as well as how he directed her. “I really liked how funny the character was on paper, and I liked where their relationship started and certainly where it ends up,” says Parker. “Marc is a great, great director for me. He’s just very insightful about what each actor needs and how to get the best from people and how to make them feel comfortable.” 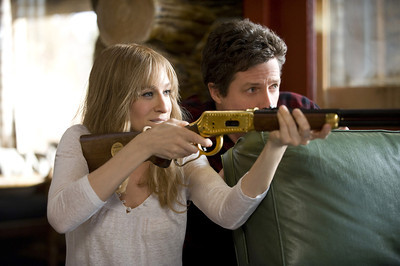 Of course, Parker had other incentives as well. “Most importantly, I had really dreamed, like many other people, women in particular, for a long time about doing a romantic comedy with Hugh Grant.”

As it would turn out, she and Grant would become quite the complicit co-stars. They had been in a movie together a long time ago (“Extreme Measures” in 1996) and had little recollection of it. “In my head I think I feel like this is the first time I’ve really worked with Hugh, but we had met years and years ago,” says Parker. “When I knew I was going to do this movie, I was actually traveling to London for work and so I asked Marc, ‘Should I call Hugh when I’m there?’”

When the two met for dinner, Parker and Grant conspired to play a practical joke on Lawrence , playing on the writer-director’s overblown fears. “We agreed that we would each write to Marc back in New York and say it was a disaster,” says Parker.

“I got these emails from both of them saying how horribly Hugh had behaved,” says Lawrence . “So, of course, I’m horrified. I wrote a letter, apologizing for the dinner, and only later I find out I’m the butt of the joke. I was so shocked by the whole thing I didn’t know what to believe. I’ve decided never to believe anyone about anything again. Family. Anyone. Never, nothing anymore,” Lawrence jests.

Opening soon across the Philippines , “Did You Hear About the Morgans?” is distributed by Columbia Pictures, local office of Sony Pictures Releasing International.