In all of Greg’s journal pages is his omnipresent best friend Rowley who had been with him since the beginning of their milk teeth days.

The bestseller book Diary of a Wimpy Kid for young adults from author Jeff Kinney isn’t just a journal anymore, it is now a movie! “Diary of a Wimpy Kid” chronicles the adventures of wisecracking pre-teen Greg Heffley (played by Zachary Gordon), who must somehow survive the scariest time of anyone’s life….middle school along with his all-time best friend Rowley (Robert Capron). 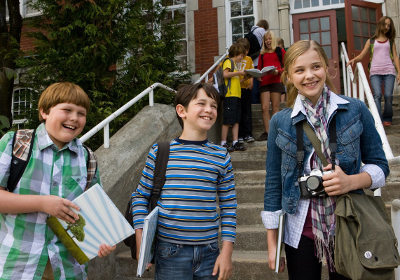 In order to survive the never-ending ordeal and attain the recognition and status he feels he so richly deserves, Greg devises an endless series of can’t-miss schemes, all of which, of course, go awry. And he’s getting it all down on paper, via a diary – “it’s NOT a diary, it’s a journal!” Greg insists, preferring the less-sissyfied designation – filled with his opinions, thoughts, tales of family trials and tribulations, and (would-be) schoolyard triumphs. “One day when I’m famous,” writes Greg, “I’ll have better things to do than answer peoples’ stupid questions all day.” So was born the Wimpy Kid’s diary. 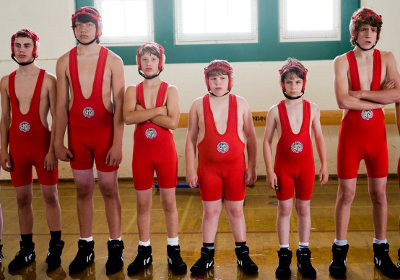 In all of Greg’s journal pages is his omnipresent best friend Rowley who had been with him since the beginning of their milk teeth days. Kinney’s book provided all the essential ingredients for the film, but its episodic nature – it’s a diary (journal!), after all – necessitated that the filmmakers come up with a stronger narrative drive. So they focused on the friendship between Greg and Rowley Jefferson. Having known each other since elementary school, Greg and Rowley are connected by their shared experiences. On the other hand, they’re polar opposites: Greg is battle-weary and hyper-ambitious. He has a harsh view of the world, yet is optimistic about his ability to work the system to his advantage. Rowley is the omega to Greg’s alpha – and happily so, at least to a point. He’s an innocent kid without an agenda, whereas Greg is all agenda.

The character of Rowley is one of the most popular among the book’s fans, including the filmmakers. “He’s certainly one of my favorites,” admits Jeff Kinney. “Rowley just wants to enjoy the world and his school experience.” Adds film producer Nina Jacobson: “We all love Rowley’s humor and innocence and freshness. One of my favorite Greg-Rowley exchanges is when Rowley tells his friend that ‘My mom told me that people will like me if I am just myself.’ To which Greg responds, ‘Well, that would be good advice, if you were someone else.’ That pretty much sums up their dynamic. Greg feels that Rowley has to be molded, improved, shaped and finessed, but Rowley’s pretty comfortable in his own skin – and that ends up translating into something that looks a lot like confidence. And confidence is the key to surviving middle school.”

Robert Capron, as Greg’s best pal Rowley, was cast before Zachary Gordon. “There weren’t many (would-be) Rowleys,” says Nina Jacobson. “Robert was Rowley. In his first audition, he was Rowley.” But Capron, too, had an unusual journey to Wimpy-dom. Once attached to the project, he participated in three different screen tests with six different “Gregs.”

At age eight, Robert, who hails from Rhode Island, began to take after-school acting classes at the Trinity Repertory Company. He enjoyed the classes, and after auditioning for a role in “A Christmas Carol,” Robert knew he wanted to pursue and acting career.

“Diary of a Wimpy Kid” is just a few nights’ sleep away – opens April 3 (Saturday) from 20th Century Fox to be distributed by Warner Bros.