De Niro, Rockwell are Father and Son in ‘Everybody’s Fine’

The film will be shown exclusively at Ayala Malls Cinemas starting April 7. 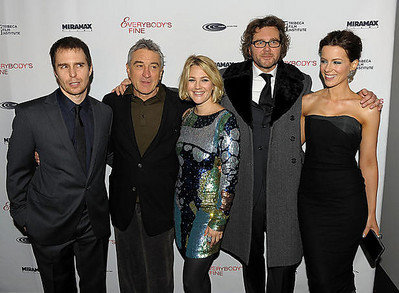 In the film, widower Frank Goode (De Niro) realizes his only connection to his family was through his wife. Despite a strict warning from his doctor, Frank sets out on a journey across the US with the intention of surprising each of his children (Drew Barrymore, Kate Beckinsale and Rockwell) with an impromptu visit.

Most influential on De Niro’s work in the film was his own deeply personal experience as a father. “I can identify with this stuff, to say the least,” De Niro remarks. “I can understand what Frank is going through with his kids and that’s what was so interesting to me.” 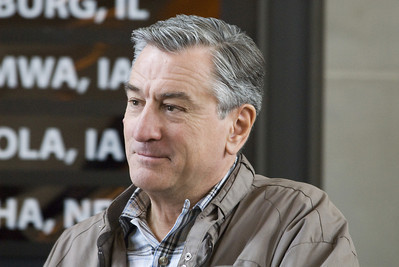 The tiniest details in De Niro’s performance brought out Frank’s underlying need and hunger for his children’s affection. Notes producer Glynis Murray: “When you watch De Niro in the supermarket walking along with his bag or taking his photographs and then carefully putting his camera back into the right place in his little bag, a lot of people instantly feel, ‘that’s my dad!’ He has that massive relatability.”

Sam Rockwell, who plays Frank’s son, Robert, was compelled by the story’s probing of the scattered modern family. “It seems these days almost everyone is pretty estranged from their parents,” he observes. “It’s a common thread, so this is kind of a soul-searching movie.”

Rockwell, known for his iconoclastic performances in such films as “Match Stick Men” and “The Assassination of Jesse James by the Coward Robert Ford” was intrigued by Robert – who has made it well in to adulthood without his father even really knowing what he does for a living. “Robert has kind of kept his whole life secret,” he muses. “He has been trying pretty successfully to stay aloof from his family for years when Frank arrives.” 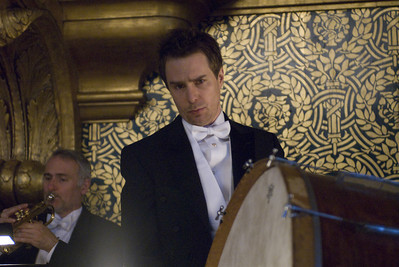 Robert is also the first of the Goode children to tell his father that they don’t exactly view their childhoods as ideal. “He’s the first one to spill the truth to Frank and confront him in a real way,” he says. “They are all trying to protect their dad from what they fear could destroy him. But I think they begin to see there is also a point when trying to protect your parents goes too far.”

Says Glynis Murray of Rockwell’s performance: “We’ve seen him be funny and scary and be very, very powerful, but I don’t think we’ve ever seen him do this kind of introspective role, playing a person who is so sensitive. It’s pretty different and I think it’s a great part for him.”