Zoe Saldana Plays the Mysterious Aisha in ‘The Losers’

'Zoë is beautiful and sexy and exciting—all the things Aisha needed to be.'

Red-hot actress Zoe Saldana, coming off back-to-back blockbusters “Avatar” and “Star Trek,” now stars as the alluring but deadly Aisha, in Warner Bros.’ new action-thriller “The Losers.”
From the recent graphic novel based upon the comic books written by Andy Diggle and illustrated by Jock, “The Losers” follows a ragtag but highly skilled team of U. S. Special Forces operatives who get double-crossed and left for dead in the jungles of Bolivia. 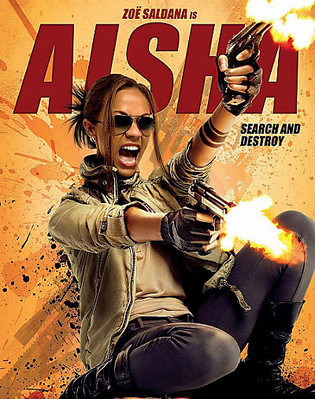 Despite their individual and combined skills, The Losers need help to sneak back into the U.S. undetected. That’s where Aisha comes in. Saldana plays the woman who proves to be either a formidable ally or a dangerous enemy…or both. It’s hard to know whose side she’s really on—other than her own—but Losers leader Clay (Jeffrey Dean Morgan) is about to learn she usually comes out on top.

“Aisha appears to them out of nowhere just when the guys think there is no hope for them to get back home,” says Saldana. “She makes them an offer that sounds too good to be true, but it’s also an offer they can’t refuse: she’ll get them back into the country, but then they have to deliver their nemesis Max (Jason Patric). They decide to take her up on it, but there is mistrust from the beginning because they don’t know what this woman is hiding up her sleeve,” the actress smiles.

Director Sylvain White recalls, “When we started discussing the role of Aisha, I instantly thought of Zoë. She has remarkable acting chops, but she also has the physicality the role demanded. Aisha is not the lady in distress; quite the contrary, she’s the badass who actually rescues the men. She’s very capable, very strong and very determined, and Zoë brought her own genuine strength to her performance. She also happens to look very much like the character in the comic book, so we were thrilled when she said yes.”

Producer Joel Silver adds, “Zoë is beautiful and sexy and exciting—all the things Aisha needed to be. We wanted Aisha to be a match for the guys and then some. She’s tough, smart, opinionated and able to mix it up, and everything we expected of the character, Zoë delivered to the role.” 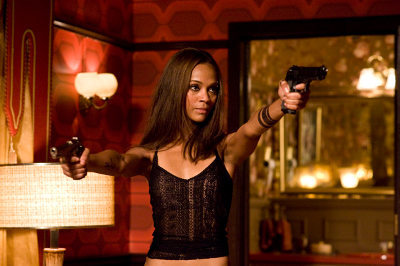 Bound to be the most talked-about scenes in “The Losers” is the motel room all-out brawl between Clay and Aisha, who, surprisingly, is more than a match for her larger opponent. “When Clay and Aisha meet, you think they’re about to hook up for a steamy scene and they end up kicking the crap out of each other,” explains Saldana. “There’s something sexy about a woman who can hold her own against a man, especially when they find each other irresistible.”

“It was pretty hot,” Morgan agrees, though not necessarily referring to the attraction between the characters. “The flames in that room were real, so filming that scene really stood out for me.”

Opening across the Philippines on Friday, April 23, “The Losers” will be distributed worldwide by Warner Bros. Pictures, a Warner Bros. Entertainment Company.