Dreamboat Kellan Lutz in ‘A Nightmare On Elm Street’

The screen heartthrob now stars in the contemporary reboot the 80s horror classic.

Well-known to young horror fans from his portrayal of the vampire Emmett Cullen in the massively popular “Twilight” series of films, screen heartthrob Kellan Lutz now stars in New Line Cinema’s new suspense thriller “A Nightmare on Elm Street,” a contemporary reboot the ‘80s horror classic. He plays Dean, a popular young “jock” who is among the first to learn of the life-threatening aspect of the night-time encounters with Freddy Krueger.

In the film, a group of suburban teenagers share one common bond: they are all being stalked by Freddy Krueger, a horribly disfigured killer who hunts them in their dreams. As long as they stay awake, they can protect one another…but when they sleep, there is no escape. 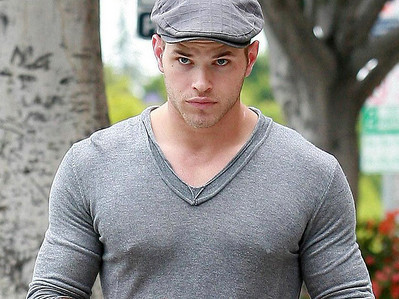 “Dean is a character who you can tell has a lot of issues just by looking at him,” says Lutz. “He’s extremely disturbed by the dreams and determined not to go to sleep, so he’s on pills to stay awake. He comes to this diner to drink coffee with the hope he won’t fall asleep, but ends up falling into a dreamlike state and has a terrifying encounter with Freddy.”

Once Dean realizes that the bladed madman in his dreams can actually draw blood, he becomes the messenger who places the other teens on alert. “My character describes his visions and his nightmares of Freddy to Kris, Katie Cassidy’s character,” Lutz recounts.

Growing up, Lutz not only saw the original “Nightmare,” but was well-versed in the full breadth of the genre. “My father let my older brother and me watch horror movies growing up,” he remembers. “We would be on the couch while he’s watching the horror movie and we’d be peeking and he’d check on us and we’d play possum, that type of thing. But we were fascinated with it. `Friday the 13th,’ I had the Jason mask; `Child’s Play,’ I had the “Chuckie” doll—all of these things I laughed at, they weren’t scary, they were funny for me.

“And then there came Freddy. When I watched Freddy Krueger in `A Nightmare on Elm Street,’ the original, it was one of those things where I was a tough kid—I had older brothers; I’d get in fights with them and I learned to defend myself—but this character that can attack you in your sleep, you can’t protect yourself! I mean, you can’t beat someone up in your sleep. So, that terrified me. It’s like the first thing I remember that really put fear into my eyes. I really give Freddy the credit of me not sleeping much. 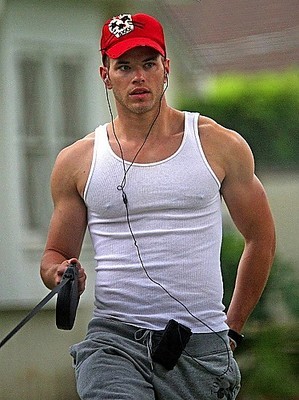 “And I don’t sleep; I sleep a couple of hours a night!”

Opening soon across the Philippines, “A Nightmare on Elm Street,” is presented by Warner Bros. Pictures in association with New Line Cinema.