Hot off providing the voice of the hero Hiccup in 'How to Train Your Dragon,' Baruchel now portrays the nerdy Dave in 'The Sorcerer's Apprentice.'

Hot off providing the voice of the hero Hiccup in “How to Train Your Dragon,” young actor Jay Baruchel (“Tropic Thunder”) now portrays the nerdy Dave Stutler who suddenly learns he has magical powers in Walt Disney Pictures’ new epic fantasy adventure “The Sorcerer’s Apprentice.” 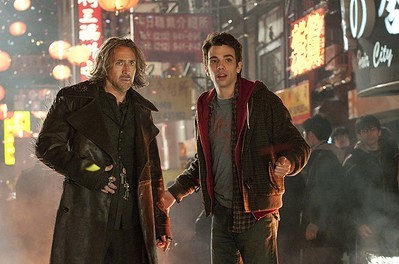 Dave is a college student trying to pass physics and get a date with Becky (Teresa Palmer), the girl of his dreams. Dave’s world is turned upside down when the eccentric Balthazar Blake (Nicolas Cage) suddenly enters his life. Balthazar is a sorcerer embroiled in a centuries-long battle which pits the followers of two powerful sorcerers—the good Merlin and the evil Morgana—against each other for either the destruction or salvation of the world. When arch-nemesis and longtime Morganian rival Maxim Horvath (Alfred Molina) threatens not only Balthazar and Dave but the entire world, Balthazar recruits Dave as his reluctant protégé.

“It’s a story about two quests,” explains producer Jerry Bruckheimer. “Balthazar has been searching the world through the centuries for his apprentice, and Dave then has to discover his true potential as a human being. Dave is a very serious student and doesn’t need or want Balthazar in his life, or to be a sorcerer. But Balthazar is like a fly that keeps buzzing around, tormenting this poor kid until he succumbs to becoming this magical character. But if someone showed up at your door and said that you’re really a sorcerer, you wouldn’t believe them either.” 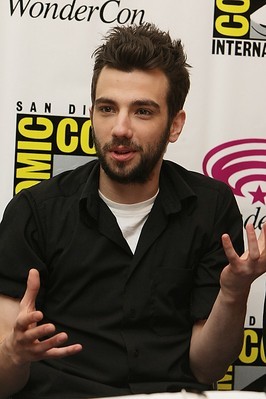 “I’m a huge, huge nerd,” confesses Baruchel. “I love any movies where guys shoot energy out of their hands, but I’m not usually the go-to guy for stuff like that. And then I read the script, and I was like, ‘wait a second…a guy like me gets to shoot energy out of his hands and stuff? Done! I’m here for the plasma bolts!’”

At the age of 10, Dave experiences a frightening incident when he encounters sorcerer Balthazar Blake after wandering into the bizarre Arcana Cabana curio shop. He’s given a dragon ring that comes to life on his finger, and he’s told that he’ll be a very important sorcerer himself. He then witnesses a furious battle between Balthazar and another sorcerer named Maxim Horvath, which made him want to forget the whole matter…until both Balthazar and Horvath re-enter his life 10 years later, forcing him to confront a destiny he would very much like to ignore! 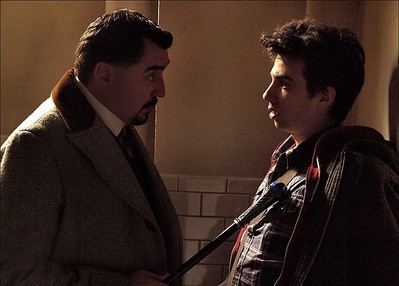 “Dave is his own worst enemy, the architect of his own misery,” says Baruchel. “He spends his life trying to live down that moment in the Arcana Cabana when he first encountered Balthazar and Horvath. He gravitates towards physics, which is the discipline he gives his life to. When he meets up with Balthazar again, the sorcerer tells Dave that it was no coincidence that he drifted towards physics, because although illusion and magic are different, magic and science are the same thing.”

“The Sorcerer’s Apprentice” was inspired by the short segment from the classic Disney film, “Fantasia” where Mickey Mouse played the bumbling apprentice. Baruchel was challenged and honored by the task at hand, but never intimidated. “It’s a huge honor and a tremendous responsibility to walk in Mickey Mouse’s shoes. Those are pretty big shoes to fill, and I wondered how to do my own thing and make it funny without stepping on or moving away from what made that sequence so iconic in the first place. For me to be in this movie, and be allowed to put my stamp on and at the same time pay homage to one of the most beloved sequences in film history, wasn’t lost on me. It was an absolute treat, incredibly fun. It was just magical. It was hard not to be a kid in that situation, man. I grew up watching that scene in ‘Fantasia,’ so after getting to do my own version of it, I could retire right now.”

Opening across the Philippines on Thursday, July 15, “The Sorcerer’s Apprentice” is distributed by Walt Disney Studios Motion Pictures International.