Dwayne Johnson, Samuel L. Jackson are Hot Rod Cops in ‘The Other Guys’

Dwayne Johnson (Race to Witch Mountain) and Samuel L. Jackson (Jumper) star in Columbia Pictures’ new action comedy The Other Guys as Detectives Christopher Danson and P.K. Highsmith who are the baddest and most beloved cops around. 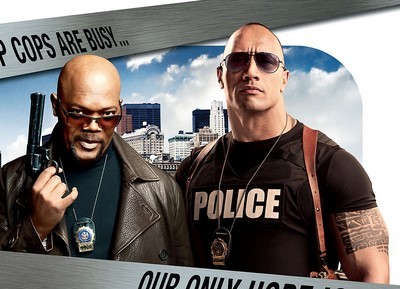 Two desks over and one back, sit Detectives Allen Gamble (Will Ferrell) and Terry Hoitz (Mark Wahlberg). You’ve seen them in the background of photos of Danson and Highsmith, out of focus and eyes closed. They’re not heroes – they’re “the Other Guys.” But every cop has his or her day and soon Gamble and Hoitz stumble into a seemingly innocuous case no other detective wants to touch that could turn into the city’s biggest crime. It’s the opportunity of their lives, but do these guys have the right stuff?

Detectives Danson and Highsmith are the quintessential hot rod stud cops who date models, go to red carpet events, and put on a great show for the city. They also have no sense of proportion, causing billions of dollars in damage for small-time busts. “Danson and Highsmith might be the best cops ever to grace the force in New York City, so long as you ignore the billions, if not trillions, in damage they’ve caused the city,” explains screenwriter Chris Henchy. 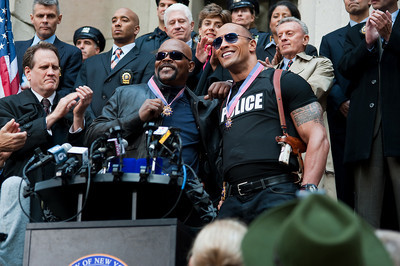 Dwayne Johnson describes them, succinctly: “They’re the best of the best. The hell with the rest. Put you to the test.”

For Samuel L. Jackson, as if the chance to parody his screen persona wasn’t enough, the opportunity to do it opposite Ferrell and Wahlberg was irresistible – sort of. Channeling his character, he says, “I really liked working with the tall honky with the Afro and the one who’s not as tall with the mean look on his face.” 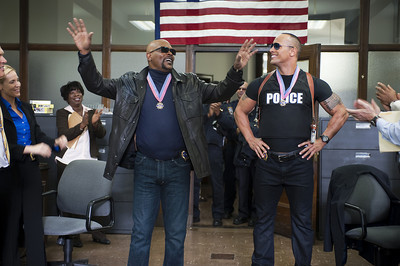 “Obviously, you could make a legit action movie with Sam and Dwayne,” says director Adam McKay. “We kept joking, ‘It’d be called “Critical Hour.”’ We’d do the movie trailer: ‘As the clock approaches midnight, where will you be?’ For our movie – the whole premise being that the other guys replace the superstar cops – they were perfect.”

Joining Johnson and Jackson in the film is Michael Keaton who plays the precinct’s Captain Mauch, a guy who’s seen it all and despite his lofty perch is having a little trouble making ends meet. “He’s the type of guy who just wants to get to the end of his shift and call it a day, so we wanted to bring in some real world problems with Mauch,” says Henchy. “I come from a family of cops and I know about the pensions and working 20 years and getting two kids through school, so he has a second job at Bed, Bath, and Beyond. It’s tough to come from running a police precinct and then going to run the housewares section.” 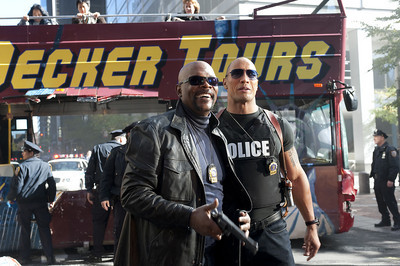 “What I decided,” says Keaton, “is that his second job is not just something he has to do. It’s something he loves. He’s way more at home at BB&B than he is in the precinct.”

For Keaton, the acting job was a dream. “I got up, I read my Times, I grabbed my coffee, I walked to the set – I love walking in New York. Then I started laughing, right from the time I got on set, and I finished laughing after I got back to the hotel, because I’d be thinking about everything that happened during the day. I stayed in a nice hotel, I went to bed, and I woke up and did it all over again. How great is that job?”

Opening soon across the Philippines, The Other Guys is distributed by Columbia Pictures, local office of Sony Pictures Releasing International.