Mark Wahlberg, from Tough Guy to ‘The Other Guys’

The Academy Award-nominated actor known for his tough-guy action movie roles stars in a comedy opposite Will Ferrell.

Mark Wahlberg, the Academy Award®-nominated actor known for his tough-guy action movie roles, in a comedy opposite Will Ferrell? This can only happen in Columbia Pictures’ new action-comedy The Other Guys. 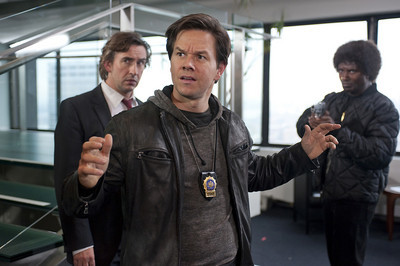 “I’ve been looking to do a comedy for a long time,” says Wahlberg. “I just wanted to make sure I was in the right hands. There were comedic elements to certain performances that I’ve done, but to do a full-blown comedy I wanted to make sure I was protected and who better to work with than the funniest guys in movies in my opinion, Will and [director] Adam [McKay.] They invited me to dinner and said they wanted to do a movie. I was like, ‘You got to be kidding me.’ I said, ‘I’ll do whatever you want.’”

Ferrell added, “We – Adam and I – are such big fans of Mark’s. We always thought he would be great in a comedy, playing a character that maybe is similar in some ways to the role he had in The Departed, but to utilize that intensity he has and play it for laughs.”

In the film, it takes all kinds to fill a police force – you got your superstars, the guys who get the medals, your hot shots, glory boys, vets – and then… there are the other guys. Guys like Detectives Allen Gamble (Ferrell) and Terry Hoitz (Wahlberg) who never make the headlines. But every cop has his or her day and soon Gamble and Hoitz stumble into a seemingly innocuous case no other detective wants to touch that could turn into the city’s biggest crime. It’s the opportunity of their lives, but do these guys have the right stuff? 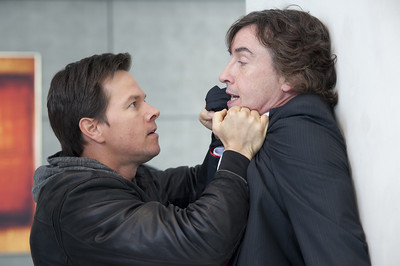 “My character is obsessed with what he thinks is real crime: drug dealers, vice, murderers, and anything that’s going on in the street,” says Wahlberg. “Will’s character’s whole attitude and approach to police work is paperwork. That’s all it basically comes down to – paperwork and white collar crime. But I’m stuck with him because of a mistake that I made.”

Wahlberg describes the pure pleasure and problems keeping professional while working with Ferrell. “The biggest concern for me was just looking at Will’s face,” says Wahlberg. “He’s just so funny that every once in a while I’d burst out laughing. Finally I’d look just to the left of him or just to the right of him and still appear as if I’m looking at him and reacting to what he’s doing, just to keep from laughing.” 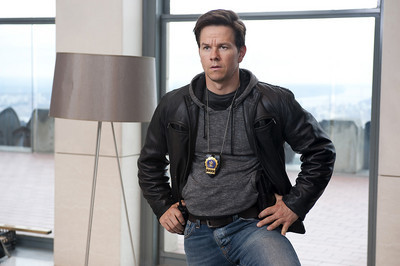 Ferrell adds, “It’s so funny to get to know someone like Mark, who has this reputation as a tough guy. He’s actually a sweetheart and was dying to kind of do comedy like this. He wasn’t thrown by anything.”

“Mark is not only a great actor. He’s also a family man and also the guy who could kick anyone’s ass in the room, but also a jovial, lighthearted guy who in no way wants to kick anyone’s ass,” says McKay. “It was very interesting watching him interact with Will, who, of course, is famous for his insane temper and grotesque ego.”

Opening soon across the Philippines, The Other Guys is distributed by Columbia Pictures, local office of Sony Pictures Releasing International.